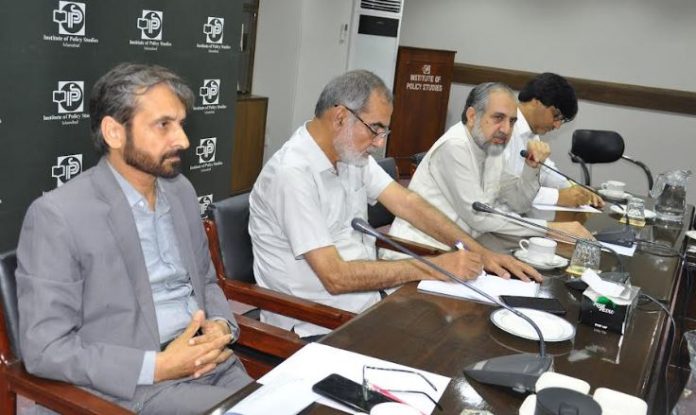 Islamabad, AUG 5 /DNA/ – The tribal areas and their unresolved issues following merger with the KP province cannot be seen in isolation from the rest of the country. Every region has similar problems and the solution lies in better governance that entails an operative strategy and development focused on inclusivity and what is doable and achievable. In addition, there is a vital need of reforms to make the administrative units smaller with the local bodies genuinely empowered and consistently in operation to redress grievances and usher in governance and development inclusivity.

The roundtable, aimed at reviewing the progress and discussing the emerging factors and divergent aspects of the debate, revolved around two prominent views on the future of the tribal areas. As observed, the ground situation of the tribal areas, marked by a slow developmental pace that is unable to realize people’s expectations, has been a letdown even for those who were strongly advocating the merger.

While discussing the developments following the merger, the speakers observed that though reforms have been implemented on several fronts, including the judiciary, political institution building, socio-economic progress, security, relocation of IDPs, reconstruction of damaged infrastructure, and land settlement, the slow pace has made the efficacy of the reforms and merger debatable. The mainstream integration of the tribal areas needs an expeditious implementation mechanism for establishing a firm socio-political structure and adjusting the priorities.

Fundamental to the developments of the merger is the abolition of Frontier Crimes Regulations and the extension of the judiciary into the tribal areas, which has also been a longstanding demand of the community. This has provided a forum and platform to the people for redress of their issues.

The establishment of political institutions, the formulation of local governance structure, the political participation of youth and women, and the tribal representation in the KP Provincial Assembly are some of the developments on the political front. However, much more is needed to empower the local governance structure in order to increase the effectiveness of people’s participation in the decision-making process. The structure could vary but every specific arrangement requires a dedicated and honest team to take things forward.

There can also be seen progress in socio-economic development, as evident by the increased participation of women in politics and other affairs of society, establishment of banks, opening of offices, and most importantly the 10-year socio-economic development plan worth billions. The economic plan to spend Rs100 billion annually, for 10 years, in the tribal areas was marked by serious lapses, and has now been converted into three three-year plans for better execution.

On the security front, there have been developments to regularize and train the police force. Despite the existence of gaps in capacity building, transfer, and training, the situation is better than in the pre-merger period.

However, it was observed that the important issue of the relocation of IDPs is not being fully resolved as it should have been. Many rehabilitated IDPs have returned because of the unavailability of facilities in the tribal districts. Another problem is the lack of governmental data on internally displaced persons.

The same documentation issue also concerns land disputes. However, there has been some pilot exercise toward data digitalization with a view to resolving land ownership cases.

As pointed out in the discussion, the tribal areas, marred by several issues and going through a complicated transition period, need a major transformative change, which is in itself a gradual process. However, that gradual process must be made effective and efficient to trickle down the benefits of progress to the tribal people, at the grassroots level, to overcome the sense of deprivation and disappointment.

For a reformed and developed tribal region, the goal of advocates of both points of view, a balance is required between resources, capacities, challenges, and expectations of the people. Moreover, using the lens of objectivity, the tribal areas should be considered a mutual responsibility with a balanced approach to move forward.

Furthermore, before imposing liabilities on the tribal population, the government should focus on providing rights to the people through concrete steps. Also, the government should extend relevant laws, new initiatives and implementation mechanisms not only to resolve the fault lines, regarding utilization of funds, tribal population inclusion in decision-making, and other grievances, but also to enhance capacity-building and realize the potential of the tribal region in trade, resource availability, power generation, tourism, and other areas. This would uplift the socio-economic standard of the population and would push the integration of the tribal areas in the mainstream.