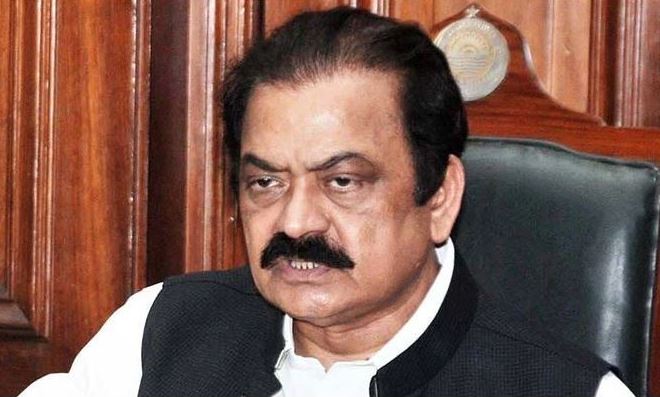 ISLAMABAD, Minister for Interior Rana Sana Ullah, while terming the Frontier Constabulary (FC) a national asset, on Wednesday said anti-riot training would be imparted to 2,000 FC personnel during the current financial year and 5,000 next year. He said the Federal Government may impose Governor Rule if his entry was banned in the Punjab provinde.

Addressing the passing-out of First Batch of FC Anti-Riot Training Course here, he said all-out facilities would be provided to the FC for making it the best professional force.

After anti-riot training, he said, the FC would now provide additional support to the Islamabad Police and Rangers for the maintenance of law and order in the Federal Capital.

The minister said the government would also provide funds for the training of 5,000 FC personnel next year. After amendment in the law, the FC could also perform the duties of maintenance of law and order, he said.

Keeping in view additional anti-riot role of the FC along with protecting the country’s borders, he said women should also be recruited in the force as they constituted over 50 percent of the country’s total population.

He asked the FC Commandant to prepare a proposal about the recruitment of women in the force. He would not only get the proposal approved but also secure funds, he added.

The minister appreciated the Islamabad Police, FC and Rangers for successfully dispersing armed rioters and protesters in the Federal Capital on May 25 with tear gas. All the three forces performed very well to maintain law and order situation, he said.

Rana Sanaullah said some 400 FC personnel had been imparted special anti-riot training for which an amount of Rs 333 million had already been paid out of total allocation of Rs 667 million in the budget.

He said salaries and other allowances of the Islamabad Police and FC had been enhanced, bringing them at par with the Punjab and Khyber Pakhtunkhwa police respectively, which cost additional Rs 738 million.

The ration allowance of FC personnel, he added, had also been brought at par with the other forces which had s financial implication of over Rs 1 billion.

Similarly, he said, all pending arrears amounting to over Rs 1.22 billion had been paid to the families of martyrs before June 30.