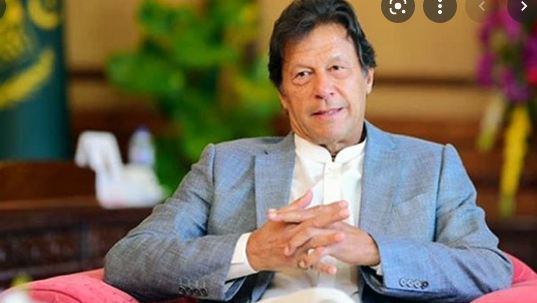 In a tweet, Prime Minister welcoming the Air Arabia Group to the country wished them success in their partnership with local investors to establish a new Pakistani airline.

“I welcome Air Arabia to Pakistan and wish them success in their partnership with local investors to establish a new Pakistani airline, Fly Jinnah,” he said.

“My govt is committed to attracting investment in Pakistan’s burgeoning travel and tourism sector which offers immense opportunities,” said Imran Khan. His tweet followed on the heels of his meeting with Sheikh Abdullah bin Mohammed Al Thani, Chairman of Air Arabia.

They also discussed matters related to investment in commercial aviation of Pakistan. The Prime Minister said the government of Pakistan is giving incentives to the investors and we want that Pakistan should be the destination of priority for the investors.

He also welcomed the investment of commercial airlines of different countries for the promotion of tourism. The United Arab Emirates’ (UAE) Air Arabia has entered into a joint venture with one of Pakistan’s leading business conglomerates to launch a low-cost airline – Fly Jinnah.

A budget carrier to be set up under the joint venture will operate on domestic and international routes from Pakistan. Fly Jinnah will initially be based in Karachi operating on a range of domestic routes across Pakistan and then will expand its route network internationally, said the Air Arabia chairman.

Meanwhile, Special Assistant to the Prime Minister on Political Communication Dr Shahbaz Gill has said that Lakson Group of Pakistan and Air Arabia signed an agreement to launch low cost airline “Fly Jinnah”. In a tweet, he said the Airline would not only play a key role in the Pakistani economy and create new jobs but also boost country’s aviation and tourism sectors. = DNA