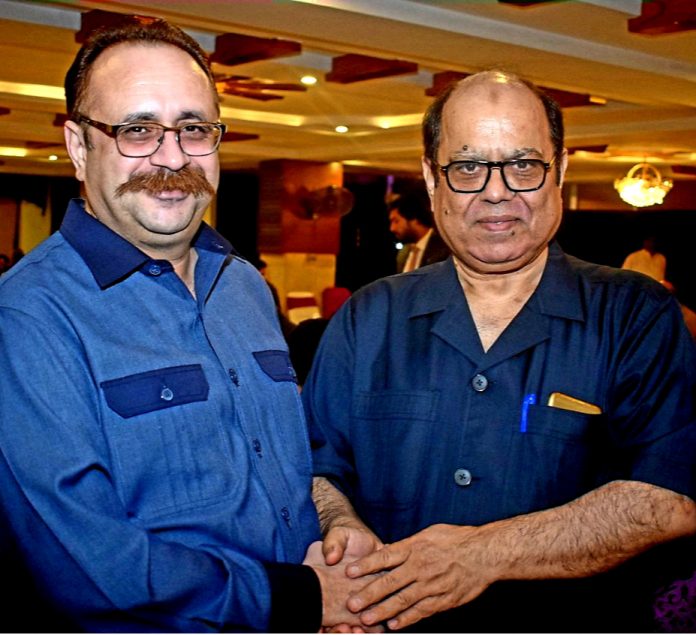 Prime Minister Imran Khan is triggering economic activity through different long-term and near-term initiatives while he has actively engaged the private sector for improved input of their problems, he said.

Chairman PBIT Sardar Tanveer Ilyas Khan said that economy has started showing signs of improvement despite challenges while the private sector is now more hopeful about an early turnaround.

Talking to Convener FPCCI Central Standing Committee on Insurance said Dr. Murtaza Mughal he said that coronavirus and other issues have severely damaged the economy which will not be offset by conventional tools like tweaking interest rates or calibrating tax slabs therefore the PM has started broad-based consultations with all the stakeholders.

He said that a new SME policy and structural reforms that will make the economy more dynamic are on the cards which will crowd in private investment and boost exports.

The prudent strategy adopted by the government helped to put the country’s economy back on a growth trajectory as indicated by many economic indicators. Many sectors including industrial sector, which was badly affected due to coronavirus, rebounded and witnessed a considerable positive growth as the Large Scale Manufacturing Industries, he said.

Khan said that on the external front, the country’s exports also witnessed positive growth during September and grew by 6 per cent on a year-on-year basis as compared to the same month of last year and the exports are expected to grow further during the month of October.

The Pakistani rupee is also getting strengthened against the US dollar due to the reduction of oil prices in the international market besides increasing inflow of remittances by the overseas Pakistanis, he said.

He said that Prime Minister Imran Khan and Chief Minister Punjab Sardar Usman Ahmad Khan Buzdar are very concerned about the economy and they are trying best to bring the price of food items.

Wheat and sugar is being imported, import of tomatoes are been started from Iran to bring prices down and a number of schemes are on cards to facilitate the growers.

Prime Minister Imran Khan has recently called for medium and long term projects for the improvement of the agriculture sector, increase in production and modernisation of the sector for improved food security which is the top priority of the government.

The prime minister wants accurate, authoritative and reliable data on production estimates of various commodities to expedite the process of activating National Food Security Dashboard in the Ministry of Food Security with the assistance of all the provincial governments and departments concerned.

Reforms in the agriculture sector, especially measures to increase agricultural production and measures to address food security challenges is on the top of his agenda and he wants a more robust and integrated system of coordination among all stakeholders, including research institutes, universities and related institutions.

At the occasion Dr Murtaza Mughal congratulated Sardar Tanveer Ilyas Khan on his appointment as special assistant to CM Punjab on the affairs related to business, investment and trade.

He said that Khan is not only a top government official and a leading businessman but also a noted philanthropist and leader of the Mughal community.

Dr. Mughal said that country needs export competitiveness more than any other thing for which no stone should be left unturned.