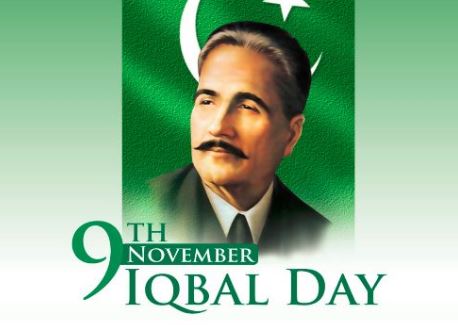 ISLAMABAD, NOV 08 (DNA) — The federal government on Tuesday restored public holiday on Allama Iqbal Day on November 9 to commemorate the birth of Pakistan’s national poet. The national annual holiday has been restored after six years.

The government notified the development on Tuesday. “The Prime Minister has been pleased to desire that November 9 (Iqbal Day) shall henceforth be observed as a Public Holiday,” an official notification read.

In 2015, Pakistan Muslim League Nawaz (PML-N) government through a circular canceled annual public holiday on November 9 holiday without specifying any reason. Dr Iqbal played an instrumental role in inspiring millions of Muslims across the sub-continent to seek an independent homeland where they could practice Islam freely.

The day would dawn with special prayers in mosques for the progress and prosperity of Pakistan. Born in Sialkot on November 9 in 1877, Iqbal received his early education in the traditional maktab and went to Sialkot Mission School, from where he passed his matric exams.

He obtained his Bachelor of Arts Degree from Government College, Lahore in 1897 and secured his Masters’s Degree two years later. He was appointed as a lecturer of history, philosophy and English in Lahore’s Oriental College.

Iqbal conceived of the idea of Pakistan and used poetry to motivate the Muslims, especially the youth of the sub-continent in their struggle against their British rulers and their demand for a separate homeland.

Iqbal was an acclaimed poet and philosopher. He is credited with writing poetry and using his political influence to demand the creation of a separate homeland for Muslims.

Unfortunately, he did not live to see the dream of a separate homeland for Muslims come true and passed away on April 21, 1938. A prestigious change of guards ceremony will be held at the mausoleum of Dr Allama Muhammad Iqbal at Lahore in connection with his birth anniversary. =DNA