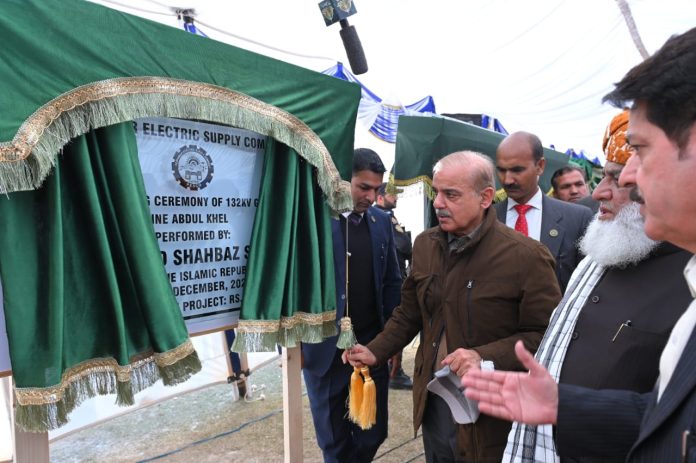 ISLAMABAD, Dec 26 (DNA):Prime Minister Shehbaz Sharif on Monday said the government would utilize all resources to help the youth channelize their energies for the progress and development of Pakistan.

He was speaking at an awards ceremony of the National Amateur Short Films Festival (NASFF) organized by the Ministry of Information and Broadcasting in collaboration with the Dubai Port World.

The prime minister congratulated the young short film-makers for proving their mettle. “The youngsters made the nation proud with their talent.”

He said the parents and teachers of the award winners deserved credit for imparting education and grooming the young men who created a distinct identity for themselves with their efforts and hard work.

He appreciated the contribution of the Dubai Port World in helping youngsters in the field of film production. The youth were making meaningful efforts to build a soft image of Pakistan through technology and modern tools of communication, he added.

Prime Minister Shehbaz said it was an era of technology and the young generation had the capacity, passion and enthusiasm to make Pakistan according to the vision of Quaid-e-Azam and Allama Muhammad Iqbal.

He lauded the efforts of young film-makers in beautifully shining light on Pakistan’s civilization, culture, heritage and natural wonders, including mountains, rivers, valleys and lakes.

“If Pakistan wants to move forward and make progress then its key is in the hand of youngsters.”

The youth would have to turn their dreams into reality to build Pakistan as envisioned by its founding fathers, he said adding the nation fully realized that the youth were the country’s future as they had the energy and talent to put it on the path of prosperity.

Shehbaz said the government would support the initiatives of youth and meet their financial requirements.

He announced to constitute a committee to find young talent in Pakistan who wanted to promote culture and heritage of the country.

He said there was a time when Pakistani dramas and films were very popular in the South Asian sub-continent.

The PM said 50 youngsters – 25 male and 25 female students – from all parts of Pakistan would be given scholarships on merit for film-making courses abroad.

He said Pakistan would encourage investment in building of industrial parks.