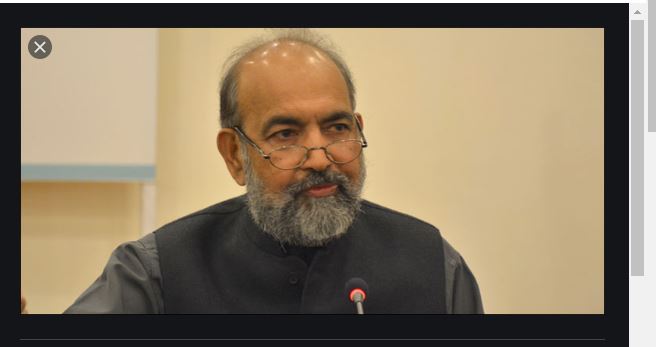 ISLAMABAD, Oct 11 (DNA): Chairman Council of Islamic Ideology Dr. Qibla
Ayaz has said that federal ministries of law and religious affairs have
initiated work to make the code of conduct for inter-sect harmony into a
law.

The code of conduct was issued at the recently held Paigham-i-Pakistan
conference, which was organised by the Council of Islamic Ideology
(CII).

Religious leaders belonging to all mainstream schools of religious
thought had endorsed a 20-point ‘code of conduct’ in the conference to
promote inter-sect harmony and end sectarian discord in the country.

Chairman CII said that the 20-point code of conduct forbids armed
struggle against the state, prohibits suicide attacks and declaring
someone infidel. Any person or group could not issue a verdict of
infidelity against any group or individual.

According to the code all forms of coercion, armed action against the
state, violence and anarchy in the name of enforcing Islam should be
considered rebellion.

“The proposed law will enhance sentences and some of the offences will
become non-bailable”, Dr. Qibla Ayaz said. A criteria has been proposed
for enforcement of this law, which will help to avoid its misuse, he
said.

“I had said earlier that this Muharram will not be a usual month of
Muharram, a conspiracy has been hatched to trigger sectarian violence,”
Qibla Ayaz said. A plot has been made to sabotage the CPEC and a
peaceful environment in the country, he added.

CII chairman said that recommendations have been sent to curb the
incidents of sexual violence and crimes. “The CII has proposed reforms
in curriculum and recommended launching a public awareness campaign”.

CII has also recommended formation of special courts to deal the cases
of sexual violence, he said. DNA