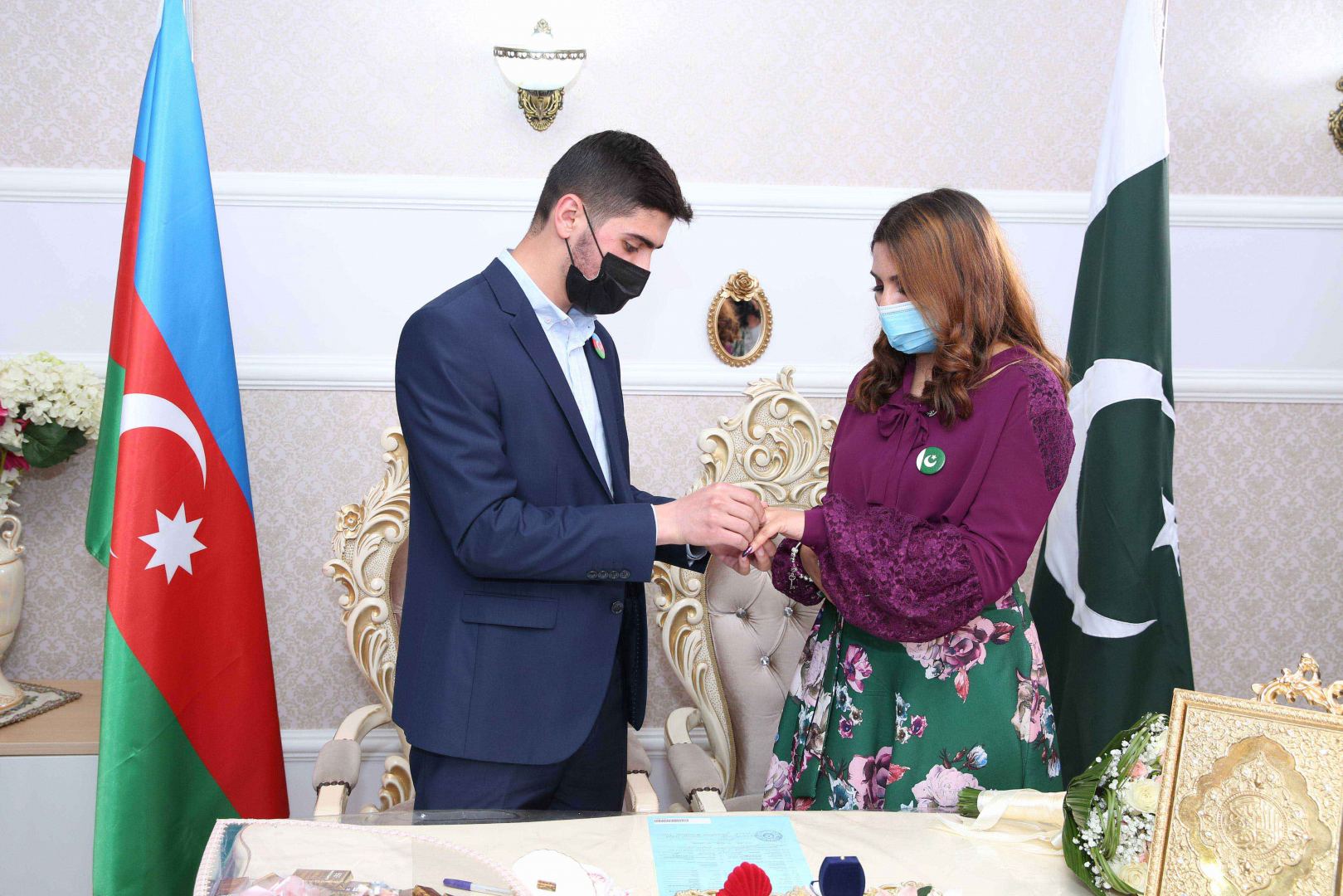 Elvin Ismailov, a graduate of the BHOS Petroleum Engineering Department, married a third-year student of the same department MasumeRizji, who is originally from Pakistan.

Rector of Baku Higher Oil School ElmarGasimov and Ambassador Extraordinary and Plenipotentiary of Pakistan to Azerbaijan Bilal Hayee acted as witnesses at the wedding ceremony of the citizens of the two friendly countries.

The rector and the ambassador congratulated the young people and wished them a happy family life based on warm and strong relations, similar to those that exist between the two countries.

The newlyweds were presented with gifts.

Although the wedding ceremony was held in accordance with the traditions of both countries, a small number of close relatives of the couple attended it, according to the quarantine rules.

Elvin Ismailov and MasumeRizji lived in the BHOS Student House during their study at the university. During the same period, they met and fell in love.

On ElmarGasimov’s instructions, all necessary conditions have been created for young people at the BHOS Student House so that they could continue living there.

Elvin Ismailov says that the support provided to our country by Pakistan during the war was an example for them. It was these fraternal ties between the two countries that encouraged them to quickly formalize the marriage relationship.

Note that before the wedding ceremony, the families of the young people met each other via the Internet and blessed them.