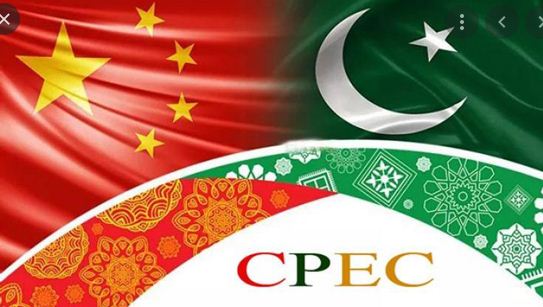 While speaking at the webinar on the ‘Regional Integration and CPEC: The Case of Gwadar Port’ organized by the Institute of Regional Studies, Amb. Javed stressed that the need to adopt an innovative approach for the second phase of CPEC to untap huge multi-sectoral potentials between the two countries. On Afghanistan’s inclusion into the CPEC, Ambassador Javed said ‘it would be a welcoming development since China will serve as the stabilizing factor in Afghanistan.

Ambassador Javed shrugged off the impression that Chabahar and Gwadar, Dubai, and Dammam were the strategic rivals. He was of the view that those ports were complimentary to CPEC, which he called the ‘sister ports of CPEC’.  While comparing the Chinese investments in Pakistan with the west, Amb. Javed said that ‘Chinese FDI stood very high in comparison to western and eastern countries’ investments altogether’. In another comparison of port capacity, Amb. Javed said that Gwadar Port alone can handle load up to 400 million tons cargo annually once it was completely operationalized, adding that ‘it was almost near to India’s total capacity of all ports’.

While speaking on the occasion, Dr. Mir Sadaat Baloch, Asst. Professor at the University of Baluchistan, called for the inclusion of Azad Kashmir, and Gilgit Baltistan into the CEPC projects, adding that manufacturing, information, and communication technology also need to be incorporated in the second phase. In terms of establishing the Economic Zones, Dr. Baloch said we were lagging as we were only able to operationalize the one zone so far, He regretted losing energy-related projects in the CPEC which he thought were the ‘backbone of CPEC’.

He was of the view that the shortcomings of the first phase had actually led us to the IMF, adding that in the second phase the focus should be towards local participations wherein he suggested giving contracts to the local contractors. He also said that we need to invest in enhancing labor skills which he argued were crucial for the success of CPEC projects and equally important for social integration and public support. In his closing remarks, he called the regional integration process to be ‘policy oriented’ rather idiosyncratic.

Major Gen. (retd) Muhammad Samraiz Malik, former DG ISSRA, NDU, in his presentation pointed out the battle of ports in the Indian Ocean. Since the region was shifting from Indian centrality to Chinese centrality there was a battle of ports going on in the Indian Ocean where China has acquired fifteen ports and India nine so far, said Dr. Malik. He apprised that audience about India’s ‘Necklace of Diamonds’ strategy in contrast to the Chinese ‘Spring of Pearls’ to encircle China’s assertiveness in the Indian Ocean. ‘Chabahar was one of the diamonds that India was heavily investing in but the China-Iran cooperation has substantially reduced New Delhi’s chances to acquire’, said Dr. Malik.

He argued that the rise of China was very much linked to the development of Gwadar Port, as the port was critical to CPEC which was essentially a part of the Belt and Road Initiative, and these altogether linked to China’s ascendancy. For that reason, he opined that Gwadar has immense importance for the Chinese long-term goals. He was of the view that the CPEC was not just about building a network of roads rather it was bringing regional connectivity, integration of civilizations, cultural exchanges, and sharing of resources. In the end, Dr. Malik cautioned about the rising contentions, regional rivalries, and renewed interest of extra-regional powers with the growth of CPEC.

While closing the session, Ms. Nabila Jaffer of IRS maintained that domestic economic activities were essentially required to be exploited for optimal utilization of infrastructure development, intra-regional industrial, and agricultural development of Pakistan in the larger framework of CPEC. Ms. Jaffer called for greater use of maritime industrial and economic potentials to modernize Pakistan’s maritime industry.