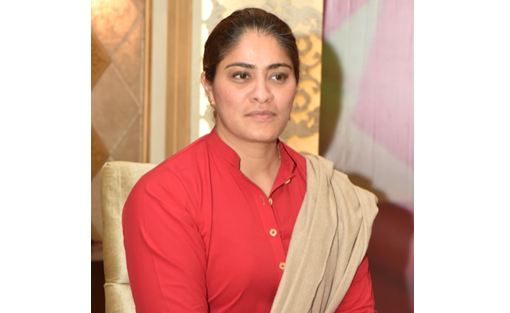 The United Nations’ (UN) institutional flaws have allowed great powers, notably the United States (US), to advance their interests at the expense of the organization’s core purposes. It has failed to avoid wars; peace and security are now a thing of the past. While only the tactics and patterns of battle have changed, the flames of strife have never been extinguished.

The UN is clearly powerless, as it has failed to deter great power aggression. Any resolution opposing their conduct will be vetoed without delay. As a result, the UN serves little purpose during great power wars, and weak nations are subjugated without significant assistance or collective security.

The United Nations is the world’s primary institution for deliberating on issues of peace and security, although its activity extends well beyond peacekeeping and conflict aversion. Several UN agencies are committed to a spectrum of issues, including health and humanitarian concerns, as well as economic and cultural development, and environmental concerns. For 77 years, the US has served as the organization’s principal chaperon and significant sponsor as a founding member.

The US is the greatest donor to the UN, in 2021 alone, it contributed more than $11 billion, accounting for more than 20 percent ofthe total financing for the body’s collective budget. Despite former US President Donald Trump’s efforts to reduce financing, his administration has valued sovereignty above multilateralism. His administration claimed that the US suffered disproportionately high expenses and that UN initiatives contradicted the government’s strategic positions. However, US President Joe Biden has reaffirmed the centrality of the United Nations in US foreign policy and increased financing for the institution. Despite the promises and commitments, the United States owes the United Nations approximately $1 billion in peacekeeping alone, according to Executive Director of the Better World Campaign, Jordie Hannum’s correspondence with the media

Although the United States has been brutal to its competitors, its ascendancy to global hegemony has given the UN new verve. The United States has blanketed the world in security to serve as a global law enforcer; its economic dominance has allowed it to influence the global economy and attract alliances; its technological advantage has added another dimension to its power; and its ideological principles multilateralism, neoliberal economic system, and democratic political norms have provided it with the tools to craft the rules of the game. In its essence, the UN has been shielded by a hegemonic power; its values have been sustained solely by virtue of US exceptionalism.

US suspects that the hegemonic unipolarity that the US enjoyed during the Cold War is threatened by the rising multipolarity. Russia’s resurgence and China’s rise are viewed as threats by the US to its UN-led structure of the purported liberal democratic international order. The US has attempted to sway the geopolitics and foreign policy of South Asia on several occasions by using the UN system. The US has initiated a pattern of imposing sanctions and taking unjustified action through multilateral forums and the international community to serve its objectives in confronting China.

The United Nations can hence be viewed as both an ‘institutional bargain’,and the embodiment of the US-led vision of world order. The US’s ambiguous attitude toward the UN reflects the precarious nature of the institutional bargain. However, the tie is stronger than it appears since the Organization embodies ideals and objectives that US presidents have advocated for over the last 100 years. It has proven to be a suitable position for the US to exercise and enhance its already exceptional pool of ‘soft power’.

Undermining the UN might make it slightly easier for the US to act alone when warranted, but the multilateral, institutional, and rule-of-law tendency in US foreign policy thought would not be easily overcome. This drive might manifest itself in organizations other than the UN, but the evidence does not point to the creation of a viable alternative anytime soon.

Recent happeningsin Ukraine, Afghanistan, Iran, and elsewhere have brought to light ironies, that the US was the architect of the very UN-based order that current US policy may seem to abolish; and that the US has a greater incentive to legitimize its power through multilateral mechanisms as it becomes more powerful in order to avoid effective opposition. The UN will continue to serve as an effective tool for the US to turn its interests and values into a global consensus and put its power behind more expansive collective goals for the foreseeable future.