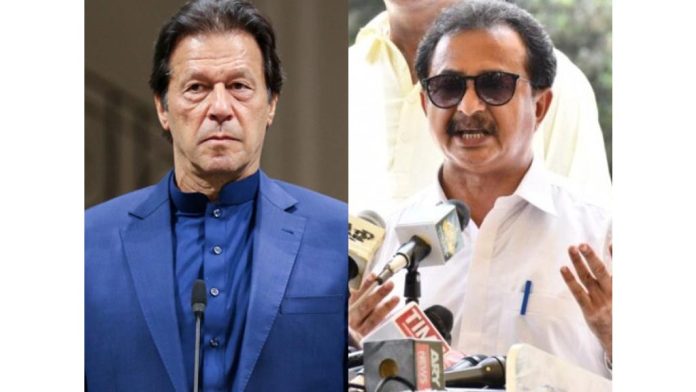 ISLAMABAD: Pakistan Tehreek-e-Insaf (PTI) Chairman Imran Khan strongly condemned the arrest of Leader of the Opposition in the Sindh Assembly Haleem Adil Sheikh and the ongoing worst crackdown against the opposition in the province.Talking to former Sindh Governor and Pakistan Imran Ismail and newly elected Member of National Assembly from NA-245 Mahmood Moulvi, who met him here on Tuesday, PTI Chairman congratulated Mahmood on his historic success in the by-poll.On the occasion, Imran Khan also felicitated Imran Ismail and PT Karachi organization for the successful election campaign to trounce the joint candidate of the government allied parties in NA-245.During the meeting, they discussed the political situation of the country and especially the devastation caused by the flood and the relief activities in Sindh.Imran Ismail briefed Chairman PTI on the ill-treatment meted to Haleem Adil Sheikh and on the ongoing worst crackdown and retaliatory activities against the opposition in the province.In the meeting, the chairman was also informed about the Pakistan People’s Party’s (PPP) efforts to escape from the forthcoming local body elections in Sindh.