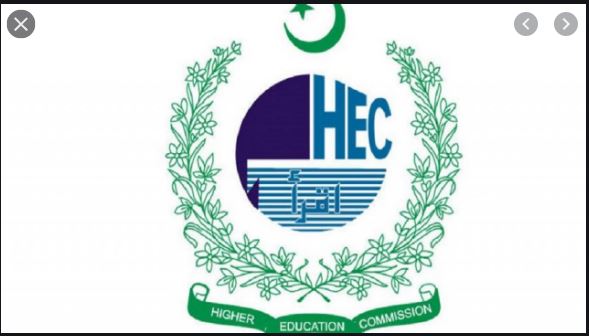 ISLAMABAD, OCT 24 (DNA) – Chairman Higher Education Commission (HEC) Tariq Banuri has said that HEC has always protected rights of teachers and students, with the goal of continuous enhancement in the quality of education.

“We are reviewing all past policies for flaws or redundancies in order to improve, modify, amend, or revoke, as needed, but all this has to be based on evidence, analysis, and a proper rationale, not random observation. That is the approach we have established at at HEC.”

These remarks were made after the Chairman met with a few representatives of university teachers’ association who were protesting outside HEC. He said that HEC has been continuously devising and developing policies for all the stakeholders, after due consultation with experts from all across Pakistan and nothing is prepared or finalized in haste.

“Every policy has gone through a number of phases, namely identification of a problem (often by aggrieved persons), collection of evidence, in-house analysis, review by external experts, and thorough consultation with faculty members, university leaders, and other professionals from all across Pakistan. This leads to drafting of detailed proposals, with proper justifications, for the consideration of HEC’s governing body. The Commission then takes appropriate decisions after considering all aspects of the issues, and on the basis of the best interest of students, teachers, and the society in general,” the Chairman said.

The main concerns raised by the delegation pertained to the service conditions and benefits of university teachers. These had earlier been discussed with the representative associations of both TTS and BPS faculty members, both of which had been assured of HEC’s commitment to and sympathy for the demands of the teachers. It was also emphasized that these matters had long-term implications, and policies and structures could be modified only after due deliberation, and never in haste. He urged university teachers to make constant improvement in teaching and research their foremost cause.

The faculty members were assured that all their legitimate concerns would be taken care of. They were also informed that one of the fundamental principles of HEC’s policy reform was that no change would be applied retroactively, and that all benefits achieved by anyone on the basis of an old policy would be respected under the new policy. Only their future actions will need to conform to the new policy. This principle was introduced to protect the interests of the faculty.

The faculty members asked for a relaxation of the requirement of post-PhD experience for purposes of promotion. It was explained that the policy could be reviewed only on the basis of proper evidence, and a justifiable rationale that relaxation of the policy would not affect the quality of education. In May 2020, HEC had requested FAPUASA to provide such evidence. The faculty representatives offered to collect the statistical data and evidence and submit a written rationale. A deadline of 31 March 2021 was agreed for the review of the policy on the basis of the evidence and rationale, and that the existing policy would be suspended until this deadline.

Similarly, faculty members asked for a relaxation of the minimum qualifications required for appointment as a lecturer or assistant professor. Their argument was that people of the requisite qualifications were not available in Balochistan. It was agreed that HEC will convene a meeting with the Vice Chancellors of universities in Balochistan within the next two weeks, to which representatives of FAPUASA will also be invited. The meeting will review the recruitment record and also the arguments in favor of and against minimum educational qualifications of new faculty members. The Association will assist by sharing data in support of their assertion that there is dearth of MPhil/MS in Balochistan requiring relaxation of MS qualification for appointment as Lecturers and Assistant Professors in universities in Balochistan.

FAPUASA representatives also demanded the enactment time scale promotion policy for BPS faculty members. The Chairman said that this issue had also been agreed with representatives of the BPS faculty. He said that as a regulatory authority, HEC was equally mindful of the concerns of BPS as well as TTS faculty. To resolve the issue of time scale promotion, it is necessary to prepare comprehensive service statutes for BPS faculty members, after weighing their full implications. The representatives of BPS faculty members had already been asked to propose their concrete recommendations regarding these statutes. The same offer was made to FAPUASA. These recommendations will be reviewed and analyzed as per HEC’s procedures and submitted to the Commission for consideration at its 39th meeting scheduled in March 2021.

The delegation raised a number of issues pertaining to TTS faculty members, especially to ensure that there was no discrimination between various faculty members. The issues raised were: (i) inadmissibility of honorarium,  (ii) exemption from working on the administrative posts, (iii) one-time waiver for tenure track to allow faculty not covered under 6-9 period under the new policy, (iv) exclusion of additional publication requirement during the extended tenure period, (v) implementation and endorsement issues, (vi) uniform application of early tenure once in a career, and removal of ban imposed on CUI on TTS recruitments, and endorsement of faculty. These had already been discussed with representatives of the TTS faculty association.

However, in the spirit of dialogue and inclusion, It was agreed that HEC will convene a joint meeting with representatives of both the associations during the 3rd week of November to address the question of discrimination between different faculty members.

It was also emphasized that HEC policy was to ensure that faculty members should not be penalized on account of delay/other considerations on part of university in the tenure and selection/promotion process. Backlog of Comsats University’s TTS endorsement cases will be cleared within a fortnight and an exclusive meeting will be held with new Rector CUI during next week to review the recruitment issues. However, the University will be allowed fresh recruitments only when its system is put in order.=DNA