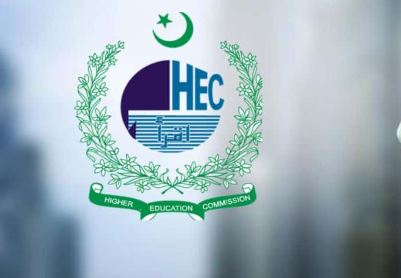 ISLAMABAD, /DNA/ – The Education Testing Council (ETC), viz. Higher Education Commission (HEC) has announced that its portal etc.hec.gov.pk will remain open until October 3, 2022 midnight for the third batch of students who wish to take the Undergraduate Studies Admission Test (USAT). Their USAT will be held on October 16, 2022. If there is a change in the test date, it will be communicated to applicants individually as well as through email/ SMS.

The ETC conducts USAT for admission at the undergraduate level in universities operating all over Pakistan. The USAT is designed on the Scholastic Aptitude Test (SAT) pattern and covers all known disciplines of Engineering, Medicine (Allied Health), IT, Management and Social Sciences at the undergraduate entry level. The students after qualifying respective USAT would stand eligible to all relevant universities accepting it, like the SAT.

The students who have passed the Higher Secondary School Certificate (HSSC) or equivalent/Grade 12 education and those who have appeared in the final examination and awaiting results can apply for USAT.

The ETC conducts the USAT in six categories based on relevant academic streams, including USAT-E for Pre-Engineering, USAT-M for Pre-Medical, USAT-A for Arts & Humanities, USAT-CS for Computer Science, USAT-GS for General Science, and USAT-Com for Commerce.