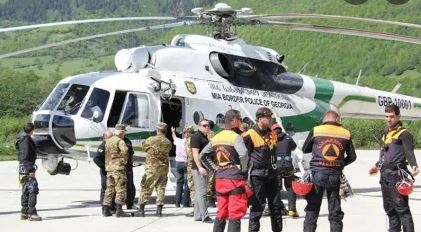 SWAT, Aug 27 (DNA): As many as 1500 tourists have been trapped in Kalam,
where extreme floods have washed away hotels and other structures along
River Swat as provincial authorities will launch a helicopter service to
rescue them.

According to sources privy to the matter, as many as 1500 tourists are
currently staying at multiple hotels in Kalam and the hotel owners are
providing them with free meal and other services.

The sources said that a helicopter service will be initiated today to
rescue the stranded tourists while relief goods will also be sent for
locals who are trapped owing to blocked roads following extreme flood in
River Swat.

District Swat is among the most affected areas during the recent floods
and the provincial government has imposed emergency to deal with the
situation.

A report earlier in the day stated that floods and landslides triggered
by intense monsoon rains killed at least 15 people in Swat city of
Khyber Pakhtunkhwa province.

In a statement, Swat Assistant Deputy Commissioner (ADC) Abrar Wazir
revealed that the flash floods have destroyed almost 130-kilometer road
network. As many as 15 connecting bridges were completely or partially
destroyed in the floods.

More than 100 houses and other buildings destroyed by flood water while
almost 50 hotels and restaurants were also swept away. “More teams were
formed to assess further damage”, ADC Abrar Wazir added. DNA