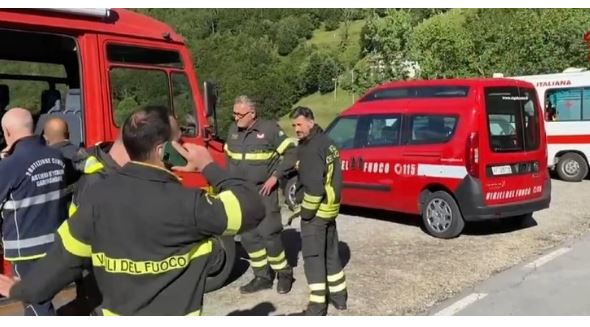 A helicopter with seven people on board, including four Turkish and two Lebanese nationals, has gone missing in central Italy, official sources and local media said on Friday.

A single-engine red Agusta Koala helicopter carrying four Turks, two Lebanese, and an Italian pilot took off from the Capannori Lucca Tassignano Airport in Lucca for Treviso on Thursday morning but soon disappeared from the radar, according to Italian daily Il Gazzettino.

Four Turkish nationals working for a Turkish private company were on board the helicopter, diplomatic sources in Italy told Anadolu Agency.

According to preliminary information, the helicopter disappeared at the border between Tuscany and Emilia-Romagna.

However, as of the writing of this report, there is no definite information concerning the location of the missing helicopter, according to the sources.

The Italian authorities launched a search operation and patrolled the Apennine region on the border between the provinces of Lucca and Modena, particularly the area between Pievepelago and San Pellegrino in Alpe, according to the daily.