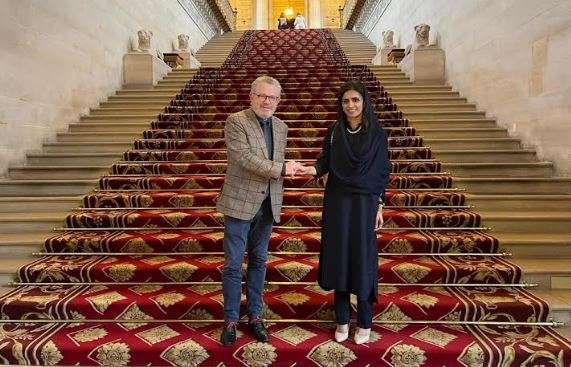 During the meeting held at Élysée, the official residence of the French president, they also exchanged views on important regional and global matters.

In the evening, the Minister of State for Foreign Affairs held a meeting with Senator Pascal Allizard, President of France-Pakistan Friendship Group in the French Senate and Senator Madam Gisèle Jourda, member of the Group. The meeting was held at the historic building of the French Senate.

MoS appreciated the role played by Senator Allizard in furthering bilateral relations between Pakistan and France, especially in terms of parliamentary cooperation.

Both sides also discussed political, trade, investment, economic , cultural and education ties between the two countries as well as the situation of floods in Pakistan.