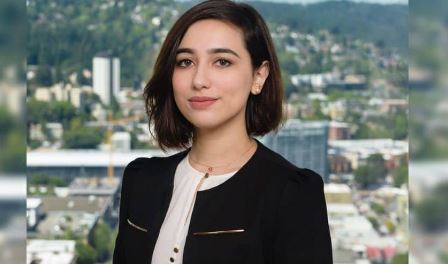 LAHORE, DEC 11 (DNA) — On December 10 each year, people around the world celebrate International Animal Rights day. Advocates for animal rights try to convince people that all sentient species should be treated with kindness, respect, and respect.

The Animal Law LLM Leadership Award winner and the first attorney in Pakistan with an LL.M in Animal Law, Hira Jaleel, on the significance of animal rights day said that many people believe that animals are highly intelligent, have feelings, and are able to feel a range of emotions, including pain, it is necessary to highlight that animals, like people, deserve to have rights. She educates about Animal Legal Philosophy and International Animal Law at her alma mater, the Lewis & Clark Law School in Oregon, USA.

She added “There is no longer any question that animals are intelligent creatures, meaning they are able to feel pain and suffering as well as positive and negative emotions. They lead highly full lives that are incredibly rich in experiences and emotions. The injury we cause them affects them negatively on a physical, emotional, and psychological level.”

According to Jaleel Animals are not engrained in Pakistan’s political or judicial structures. She made the argument that just because they are not voters does not mean they are not affected by or subject to the actions of humans. They are extensively used in a variety of ways, being kept in chains inside homes or in awful conditions, or used for breeding only for the purpose of selling them.

She further added “In my opinion, animals should be given the freedom to have their interests and some rights to personal liberty, as well as the recognition, respect, and protection of their mental, behavioural, and physiological states.”

When discussing how animals are treated globally, Jaleel stated that no perfect nation makes an attempt to value them. She believes that mankind as a whole has not yet reached that state.

Hira further said “We have made significant progress and there is a lot of dialogue about this problem, which wasn’t happening before, both in Pakistan and internationally in this moment, about what we owe to animals, how animals are hurt by human behaviours, how much moral concern we need to give them.” =DNA