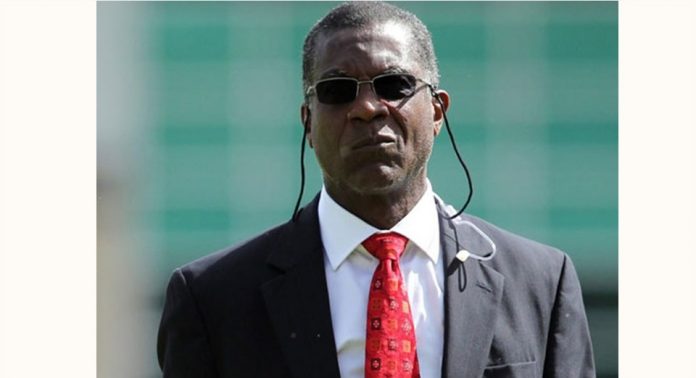 The Men-in-green have suffered a major blow ahead of their departure for England on June 28, as 10 squad members were tested positive for coronavirus.

West Indies legend Michael Holding has backed Pakistan cricket team to perform well in England rather than playing in home.

The Men-in-green have suffered a major blow ahead of their departure for England on June 28, as 10 squad members were tested positive for coronavirus.

Despite the fact, the legendary pacer from the Carrabin backed the visitors as he claimed that England was safer than Pakistan as they were set to relax restrictions, caused by the virus, in the near future.

“Well, it would seem that England are safer than whatever is happening in Pakistan right now. As of the fourth of July England are set to have relaxations in their restrictions,” the 66-year-old said on his YouTube channel.

“They will be reducing the six feet apart rule that was being insisted on, bringing it down to three feet or one meter apart. Things are getting a little bit easier there.”

He added, “They are perhaps better off coming to England as opposed to staying in Pakistan because it is even worse there. Once they get to England, they will be in a bio-secure area. Once they arrive they will have to do their two weeks of quarantine as I am doing at the moment. They will be moved to a bio-secure area to make sure they are not infected. They should be ok from there on.”

The former pacer further claimed that it should be the England and Wales Cricket Board (ECB) and the people in England that should have a problem with the Pakistan team arriving on their shores than the other way around.

“If anyone should say that the tour should not go ahead, it should be the ECB or the people here in England because Pakistan is among the top countries in terms of positive tests,” he said.