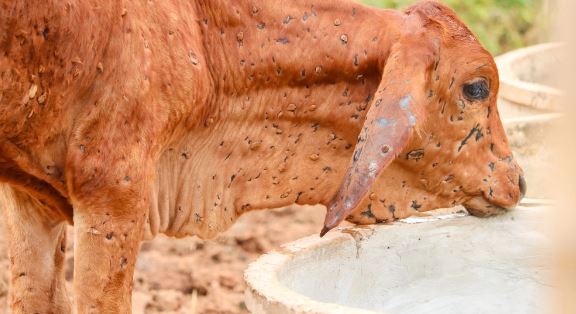 According to the details, despite the notice of Chief Minister KP Mehmood Khan, the Lumpy Skin vaccine could not be made available due to the poor performance of the relevant departments.

Infectious disease Lumpy skin has spread its claws in the Hazara division, many animals have died and hundreds of people have been affected. Farmers have to bear millions of rupees losses and moreover due to the non-availability of the vaccine cattle breeders are at high risk.

A couple of months ago Lumpy Skin disease started in Sindh province and later on reached Punjab and KP, in Hazara division a few weeks earlier the outbreak started which could be prevented due to the negligence of the departments concerned, no precautionary measures were taken and farmers were also not provided vaccine.