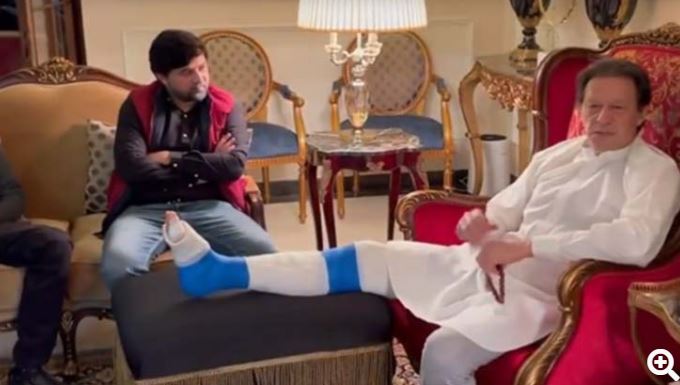 LAHORE, NOV 20: Fomer Prime Minister and Pakistan Tehreek-e-Insaf (PTI) supremo Imran Khan on Sunday said that he has no issue with whoever is appointed as the next army chief, and there will be a surprise for everyone on November 26.

Speaking to a delegation of journalists at his home in Zaman Park, the former premier said that “I know their [incumbent government] plans, but I am planning ahead.”

He added that efforts are being made to conduct clean and transparent elections as soon as possible; there is no solution to the country’s problems except for snap polls.

The PTI chief said that messages have been sent to me through President Arif Alvi, adding that talks will take place only after the date given for early elections.

“The whole world is aware of their [incumbent rulers] corruption stories. Even after using the entire state machinery against me, they could not find anything except the watch, and I am going to court over the watch issue,” He said.