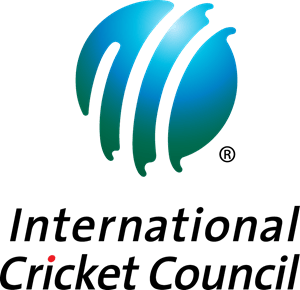 The Rawalpindi Cricket Stadium is at risk of losing its status of hosting international matches as the International Cricket Council (ICC) on Tuesday awarded another demerit point to the venue for a “below average” rating given to the pitch developed for first Pakistan vs England Test.

Andy Pycroft, of the ICC Elite Panel of Match Referees, gave a “below average” rating in his findings on the Rawalpindi surface.

“It was a very flat pitch which gave almost no assistance to any type of bowler. That was the main reason why batters scored very fast and both sides posted huge totals,” Pycroft said. He noted that the pitch “hardly deteriorated” during the Test match.

“Since there was very little in it for the bowlers, I found the pitch to be ‘below average’ as per the ICC guidelines,” he said.

This is the second time that the Rawalpindi surface has received such a rating, the first time it was deemed “below average” was during the first Test match between Pakistan and Australia. It had accrued with one demerit point.

The demerit points remain active for a rolling five-year period. When a venue accumulates five demerit points (or crosses that threshold), it is suspended from hosting international cricket matches for 12 months.

If it reaches 10 demerit points, the venue is suspended from hosting international cricket matches for 24 months.

After receiving criticism on the pitch last month, Pakistan Cricket Board (PCB) Chairman Ramiz Raja said that the country’s pitches belonged in “the dark ages”.

Raja, a former national captain and now PCB chairman, said he was “not happy at all” over the state of the pitch, which he admitted was “not a great advert” for Test cricket.

“We live in the dark ages of pitches in Pakistan,” he told reporters, adding, “it’s embarrassing for us, especially if you have a cricketer as chairman.”

England pulled off a stunning 74-run victory over Pakistan in the first Test, claiming the final wicket in rapidly fading light to take a 1-0 lead in the three-match series.

The visitors amassed 657 in their first innings and declared their second on 264-7, setting Pakistan an improbable victory target of 343 on a docile track in Rawalpindi.

Pakistan fought gamely and reached 268 before being dismissed in an absorbing final session, Saud Shakeel top-scoring for the hosts with 76.

Mohammad Rizwan made 46 and Azhar Ali scored 40 with an injured finger but they could only delay the inevitable.

Pakistan’s last pair of Naseem Shah and Mohammad Ali resisted for nearly nine overs before the former fell lbw to Jack Leach barely 10 minutes before the scheduled end of the play.