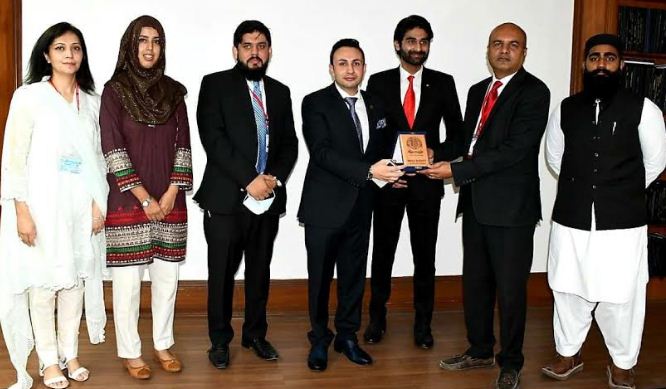 ISLAMABAD, JUN 22 (DNA) – The government should focus on formulating a 10-year new industrial policy in consultation with all stakeholders in order to boost industrialization, create plenty of new jobs, increase exports of value added products, promote import substitution and improve tax revenue of the country.

This was urged by Sardar Yasir Ilyas Khan, President, Islamabad Chamber of Commerce & Industry (ICCI) while delivering a lecture at Bahria University, Islamabad on the topic of an “Analysis of Pakistani Industry”.

He presented a comprehensive analysis of Pakistani industry to the students and informed them that Pakistan had inherited only 34 industries at the time of its independence, but now it has developed a fairly broad industrial base that accounted for 13-14 percent of the country’s GDP.

Sardar Yasir Ilyas Khan stressed that the fresh industrial policy should be framed with a futuristic mind set to build stronger linkages between services and manufacturing sectors with the ultimate aim of transforming Pakistan into a knowledge-based economy.

He said that the new industrial policy should incentivize the industrial sector to shift from producing low-value to more value-added products such as machinery and auto parts, which were in greater demand in the global market.

ICCI President said that the world was moving towards embracing more and more applications of artificial intelligence and the new industrial policy should focus on educating our existing and future industrial workforce in AI and increasing exports of IT products and services.

He said that many countries including China, Japan, South Korea, Hong Kong, Singapore, Taiwan, Veitnam, Thailand and Malaysia have emerged as leading exporters in Asia by focusing on industrialization and Pakistan should learn from their experience to promote its industrial sector.

Sardar Yasir Ilyas Khan said that an export-driven and growth-oriented fresh industrial policy was the need of the hour to make Pakistan a hub of industrial activities and put the country on the path of sustainable economic growth that would ultimately lead Pakistan to emerge as a strong economy of the region.