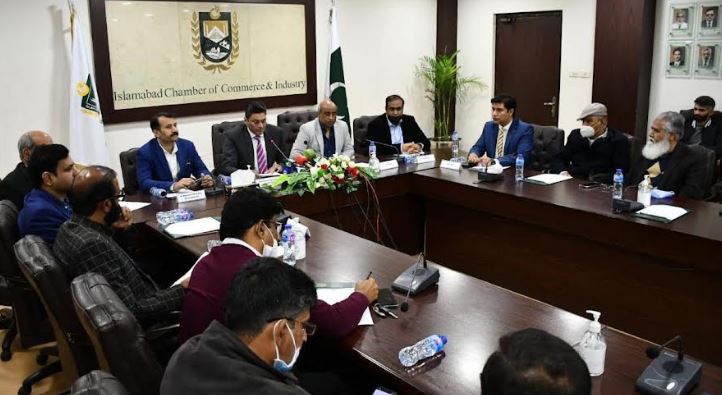 Islamabad, JAN 25: Shakeel Munir, President, Islamabad Chamber of Commerce and Industry (ICCI) said that the government has set a target of increasing the share of renewable energy in total energy mix up to 30% by 2030. However, the imposition of over 21 percent cumulative sales tax on solar equipment will not only make it difficult for the government to achieve its target but will also badly affect the growth of the renewable energy sector which will be detrimental to the economy. He expressed these views while addressing a press conference at ICCI along with the Office Bearers of Pakistan Solar Association and Renewable Energy Association on the issue of levy of sales tax on solar sector through mini budget.

Muhammad Shakeel Munir said that Pakistan generated about 60% of its electricity from thermal sources of which imported oil has the largest share. “Rising oil prices in the global market multiplies the cost of our electricity and the production cost, making it more difficult for our exporters to compete in the global market,” he said. He said that the previous government had exempted renewable energy equipment including solar and wind from all kinds of import taxes due to which domestic and foreign investment in this sector was growing but the imposition of high sales tax through mini budget will be a major blow to the investors of solar sector. He said that the 60 million population of Pakistan was without electricity and solar energy was the best option to provide electricity to off-grid areas. But levy of 21-25 percent ST would keep the people of off grid areas deprived of electricity and

The ICCI President said that over 1600 MW of solar equipment was imported in Pakistan in 2021 out of which about 130 to 160 MW were net metering solar systems. He said that the farmers have installed solar tube wells to irrigate their lands while solar panels were installed on the rooftops of houses and shops in rural areas to meet the electricity needs. However, the levy of sales tax by the government will discourage them all. He further said that Finance Minister Shaukat Tareen had issued a statement in the house that no tax was being levied on solar panels but when the importers filed goods declarations for clearance, it was found that they could not be cleared without payment of sale tax. He said that due to this situation hundreds of containers of shipments were stranded which was causing loss to the business community of the solar sector. He said that this move would also jeopardize the Prime Minister’s objective of Clean Pakistan, therefore he stressed upon all the concerned government officials to take urgent notice of this matter. He emphasized that sales tax on the solar sector should be withdrawn immediately to promote the PM’s vision of Green Pakistan and the wider interest of the country and the nation for the generation of green energy.

Muhammad Faheem Khan Vice President ICCI, Khalid Chaudhry former Senior Vice President ICCI, Amir Hussain and Faheem Ashraf representatives of Pakistan Solar Association and Renewable Energy Association said that about one million tubes wells were operating in Pakistan and many of them have shifted to solar energy, but the levy of tax will increase problems of farmers and affect agricultural productivity. They said that many industries have also shifted to solar energy and ST will increase their production cost and many people would be rendered jobless. They demanded of the government to urgently withdraw taxes on the solar energy sector to facilitate its better growth.