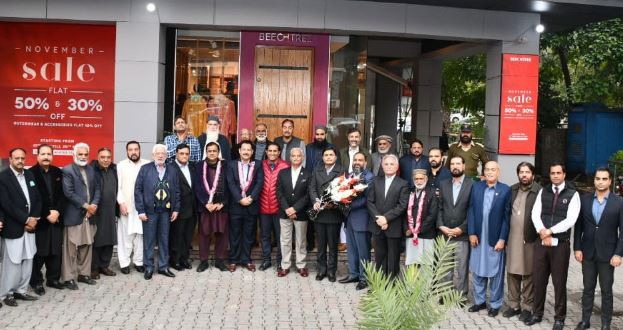 Islamabad, NOV 27 /DNA/ – The Islamabad Chamber of Commerce and Industry has shown great concerns over the 100bps hike in the SPB key policy rate as it would play havoc with the cost of doing business and cause the closure of many industries leading to further slump in the already fragile economy.

Ahsan Zafar Bakhtawari, President, Islamabad Chamber of Commerce and Industry said that businesses were already struggling for survival due to multiple challenges including massive rupee-dollar fluctuation, hike in utility tariffs & POL Products and increasing energy shortages. In these difficult times, instead of taking measures to promote the ease of doing business, the government has made an unprecedented hike in the policy rate that would prove destructive for the business and economic activities. He said that on the one hand the government has announced to promote interest-free banking in the country and on the other hand, it is hiking interest rates, which is contradictory.

He said that the interest rate in Thailand is 1%, Taiwan 1.63%, Singapore 2.65%, Malaysia 2.75%, South Korea 3.65%, China 3.75%, Indonesia 5.25%, Bangladesh 5.75%, India 5.9%, Vietnam 6%, but in Pakistan it has been raised to 16%, cumulatively increasing it by 625bps in 2022. He said that due to the recent hike, the policy rate has jumped to a 24-year high level in the country as it was only in 1998 that the policy rate was over 16 percent.  He said that after adding Kibor, the policy rate would go up to 18.50 percent while after including bank profit and insurance it would go up to 22 percent. He said it would badly affect business and investment in the country as who will borrow at such high borrowing cost.  He stressed that the SBP should withdraw the recent hike in policy rate and bring it to single digit level to reduce production cost and improve the competitiveness of our exports.

Faad Waheed, Senior Vice President and Muhammad Azhar ul Islam Vice President ICCI said the SBP has further tightened the monetary policy on the plea to address the higher inflation and contain the risk to financial stability. However, they said that it would prove counterproductive as the manufacturers would pass on the burden of costly loans from the banks to the consumers by raising the prices of their products and the common man would face more inflation that would make his life miserable. They said that the business community is already in crisis due to gas shortages & load shedding while letters of credit are not opening. They urged that the SBP should review its decision and withdraw the hike in policy rate to save businesses from further troubles.