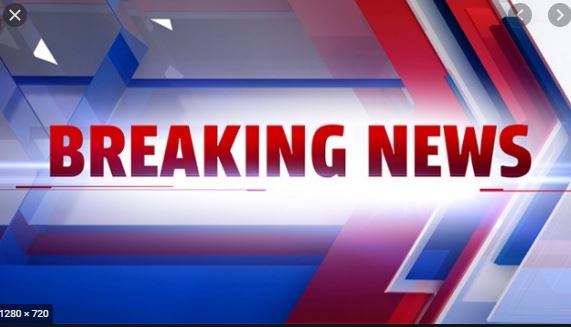 ISLAMABAD – On the day of Jinnah Institute’s Ideas Conclave 2020, sessions were held with leading international diplomats, journalists and economic experts discussing issues in both the South Asian region and beyond.

The third session of the Conclave titled, “Realigning the Region” brought together former ambassadors Maleeha Lodhi and Janan Mosazai of Afghanistan, Professor Marvin Weinbaum from the US, and Indian journalist Siddharth Varadarajan together to discuss challenges in Afghanistan’s peace process. Speakers saw that this is a question affecting those within the country as well as the entire region. “There are deep divisions that still exist in the region; any agreement made in Doha can be jeopardised by continued differences between countries in the region whose results will be disastrous for all countries beyond Afghanistan,” observed Ambassador Janan Mosazai.

Ambassador Lodhi explained that the changing face of geopolitics in the world was a significant factor beyond the Covid crisis, leading to greater uncertainty for the future of the Afghanistan. “The world is passing through an unsettled phase not just because of Covid but because of international power shifts in flux, a rules-based international order framed under the weight of so-called ‘strong men’ acting unilaterally, trying to re-write the rules of the game,” stated Ambassador Maleeha Lodhi.

Moderated by Ammara Durrani, Senior Fellow Jinnah Institute, the session saw all participants agree that international powers should not leave Afghanistan to its own means after a hasty pullout. “(The) US will not walk away from Afghanistan as it did in the 90s, which created a host of challenges for everyone. Back then, China and Iran were different entities to what they are now, and the US is attentive to this. But its commitment is certainly reduced, and the international community takes its lead from that stance. As for Indo-Pak relations, the BJP government led by Modi has made things more difficult for resolving the Kashmir issue,” said Professor Marvin Weinbaum.

The third and final day of ‘Jinnah Institute’s Ideas Conclave 2020’ commenced with a conversation on ‘Inequities in Wealth and Development’ where experts discussed the current state of the economy in Pakistan, the impact of Covid-19, and what path of recovery should be adopted considering the rising levels of inequality.

Akbar Zaidi explained that despite poverty levels going down in South Asia, inequality continues to be on the rise because it is far more difficult to remedy due to structural issues. “Poverty can be addressed with simple transfers of wealth. But inequality needs looking at ownership of assets and networks; the continued conflation of ‘poverty’ and ‘inequality’ as terms by official decision makers has prevented an examination of factors that cause inequality”, he added.

Commenting on the obsession with achieving growth, Dr. Aisha Ghaus Pasha said that growth needs to be pursued in an inclusive fashion which has been prevented thus far due to elite capture of the state. She said this was an unfortunate posture of all governments to patronize elite groups, who sustained inequality and rent seeking. She stressed on the need to “design a fiscal policy that helps create a new social contract that compels the elite to give up what they have, and to constrain the space for rent seekers.” Moreover, Dr. Aisha Ghaus Pasha pointed out that agriculture has not been prioritised as it should be, although Pakistan’s industrial production is agriculture-based. “Greater focus on labour-intensive areas, protection of social development expenditure and more direct taxes”, were some of the recommendations put forward by Dr. Pasha.

Dr. Aasim Sajjad Akhtar remarked that inequality has been growing across the globe, which is a “consequence of clear distinct political choices that have been influenced by big business interests.” He stressed that 23 million out of school children in Pakistan will grow up with structural disadvantages, including the lack of a political voice and negotiating power in this country. Inequalities like that will not be wished with cash transfers or social protection programs, therefore governments have to look beyond devising poverty reduction programs in the hope that its impacts deeply entrenched inequality.

The final session of the Conclave, “Fineprinting Security: Journalists Discuss Conflict Reportage” was moderated by journalist Raza Rumi and featured veteran mediapersons Kathy Gannon, Amber Shamsi and Asad Hashim. The panellists spoke about reporters operating in conflict zones where ‘truth’ was often contested and media persons’ own safety was at stake.

They established the need to try and tell all sides of the story instead of a biased perspective, although this was often challenging, with media houses and the state dictating terms, particularly in countries like Pakistan and India. The idea of a ‘peace journalist’ was also dismissed by the speakers, who agreed that journalists were responsible to try and depict the facts without bias. “Our job as journalists is really to speak to all sides, and deliver information. We can build bridges and share platforms, but not necessarily be interlocutors or peace activists,” stated Amber Rahim Shamsi.

Speakers also established the difference between ‘media’ and journalism; where the former includes marketing and content for mass consumption while journalism was strictly limited to providing facts with an attempt to give well-rounded information. “Television journalism needs an overhaul in how it’s conducted across the world, especially for its potential to create hysteria. We see how that happens across India and Pakistan, explained Kathy Gannon. She added that the recent spate of harassment against women journalists online was a global phenomenon that must not be ignored, as online threats against life and person may well turn into deathly attacks offline.

All the sessions from Ideas Conclave 2020 are available for viewing at Jinnah Institute’s official YouTube page.