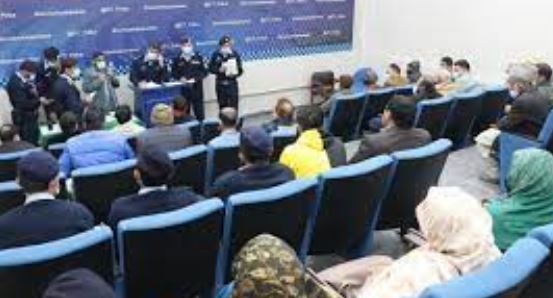 The IGP said that the purpose of holding these khuli kacheries is to resolve public issues immediately and purely on merit. The IGP while listening public complaints strictly directed all zonal officers to take immediate and strict action against land grabbers. “No one would be allowed to grab property of any citizen” he added.

Islamabad police chief said that it is our prime responsibility to provide protection to the lives and property of the citizens and resolve their problems on priority. He said that citizens at `Open Court’ should be behaved in a respectful manner and their trust on police department to be won through resolving their issues. He said that interaction with people also ensures accountability of the policemen and they should address public complaints on merit by considering them their own issues.

He said that positive image of policemen should be ensured before them through unbiased approach towards anyone.

The IGP hoped that interaction during `open kutcheries’ would help to promote friendly policing. Such interaction with citizens are aimed to promote community policing, resolve the issues of people at their door steps through merit and curb activities of anti-social elements, he added. =DNA