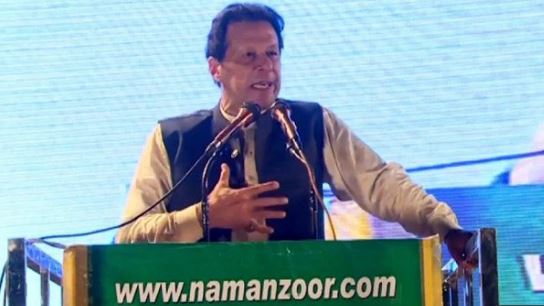 According to details, the court has barred Islamabad Police from arresting the PTI Chairman and directed him to approach trial court in three days over the matter.

It merits mention that PTI Chairman has moved IHC to avoid arrest in a terrorism case registered against him over ‘threating speech’.

It merits mention that PTI Chairman on Sunday was booked for allegedly threatening Islamabad police officers and female magistrate under Section 7 of anti-Terrorism act (ATA).

Sources privy to the matter said that the Margalla police have registered a case under the complaint of magistrate Ali Javed against the former prime minister on charges of hate speech.

According to the FIR, he threatened and terrorized state organs and tried to pressurize the judiciary and the police. During the rally, he threatened the Islamabad IG, a woman magistrate and the DIG, the FIR added.