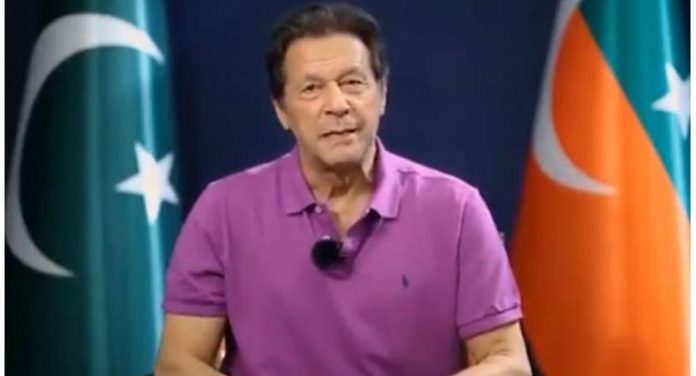 IHC Chief Justice Athar Minallah, after taking up the matter on an application filed by the former prime minister today, observed that the watchdog had “exceeded its authority” and directed Pemra to appoint an officer who could justify the ban in court.

On August 20, while addressing a rally in Islamabad to express solidarity with party leader Dr Shahbaz Gill facing proceedings in a sedition case, Imran warned the judiciary against its “biased” attitude and warned the judge who sent Mr Gill on physical remand to brace for consequences.

Subsequently, a ban was imposed on the live broadcast of Imran’s speeches on television and a case was also registered against him.

At the outset of the hearing today, Imran’s counsel Chaudhry told court that the PTI chairman was holding an international telethon to raise funds for the flood affectees tonight and was expected to collect a huge sum of money.

He then proceeded to read out loud the transcript of the ex-premier’s speech delivered on August 20 on court’s orders.

After Chaudhry was done, Justice Minallah asked him if he defended Imran’s comments. “Can judges be threatened like this,” he asked, recalling the human rights violations that took place in the last three years.

“I am saying this with a heavy heart that judges should not have been threatened. It is disappointing that the [incumbent] government is doing exactly what happened in the last three years,” he observed.

Justice Minallah pointed out that a woman judge was threatened. “Did your leader not say that he won’t spare her? If they had said something like this about me it would have been fine […] But a woman judge?”

Referring to Gill’s case, the IHC chief justice asserted that torture was unacceptable, but threatening a woman judge was unforgivable. “The entire matter has made Shahbaz Gill’s fair trial controversial,” he added.

At this point, Chaudhry said that the court had already issued a show-cause notice to Imran and a case had been registered against him as well.

The lawyer also stated that he had himself seen the torture marks on Gill’s body.

Meanwhile, Barrister Ali Zafar, another PTI lawyer, highlighted that Pemra says TV channels had not adopted the policy of time delay. “There is a 12-second time delay in which the channels can hear and omit controversial statements,” he explained

Justice Minallah inquired if all the channels ran speeches without time delays. “Then this means the responsibility falls on the channels and action should be taken against them,” he observed, adding that a ban could not be imposed on a person who wasn’t convicted.

He also regretted that police stations in Pakistan had a culture of torture, but none of the executives saw it as an issue.

Subsequently, the court suspended Pemra’s ban on Imran speeches and issued notices to the watchdog and its director. The hearing has been adjourned till September 5.