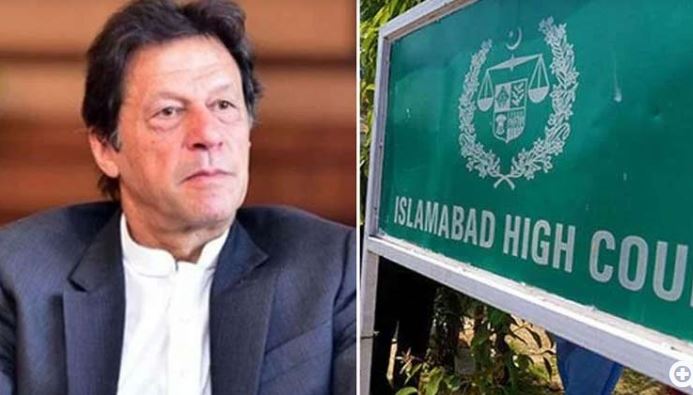 A larger bench of the IHC headed by Justice Mohsin Akhtar Kiyani will take up the suo motu case against the former PM on Tuesday.

The former prime minister lauded his workers, saying that people have come out in large numbers on 24 hours notice. Regarding the matter of Dr Shahbaz Gill, the PTI Chairman said that his party will go to the Supreme Court

Comparing the current situation of the country with the era of Genghis Khan, the former prime minister said that Nawaz Sharif, Maryam Nawaz, Asif Ali Zardari, Fazlur Rehman and Khawaja Asif made stronger statements as compared to Shahbaz Gill.

Imran claimed that Shahbaz Gill was captured and tortured to send a message and scare people that if he can be mentally broken then anyone can, adding that a private channel was shut down to throttle freedom of speech, adding that by shutting down the private channel, fear has been spread among other channels.

“If we bow our heads to the idol of fear, we will be left with the sole option of slavery,” the PTI chairman said. Imran further said that in his 26-year political career, he is seeing such an enlightened nation for the first time. The former prime minister said that the sleeping nation has woken up for the first time.

The former prime minister said, “Although we got independence from Britain, today thieves have been imposed on us through foreign conspiracy.” Imran further said that on May 25, police and rangers fired tear-gas shells during a peaceful protest.

Challenging the coalition government, Imran Khan said that whatever the government does, it will not stop the masses, because people want freedom. The former premier claimed that tactics have been used to intimidate social media activists.

Imran Khan said his party will not spare Islamabad’s IG and DIG, saying a vulnerable person was tortured. The former prime minister said they are reluctant to arrest JUI-F chief Fazl.