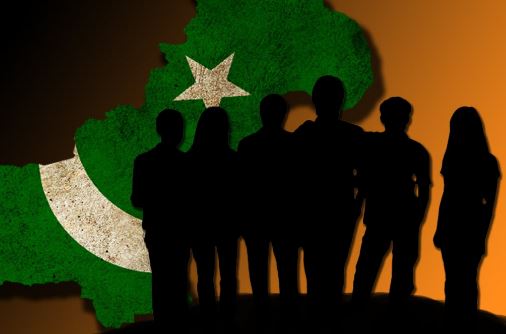 ISLAMABAD, NOV 30: Youth being the most vital asset of the nation, with Pakistan having more than 60 per cent of its population under 30 years of age – potentially an important demographic dividend – needs to be engaged positively and prepared to take up the challenges of upcoming era, empathetically and systematically.

The views were expressed by speakers at a ceremony organized by Youth Impact, a not-for-profit social development organization, at a local hotel, to showcase and acknowledge 75 peacebuilding projects undertaken by youth leaders it trained from across Pakistan this year.

To prepare Pakistan’s youth to volunteer for critical social leadership and peacebuilding roles, Youth Impact had launched a campaign through ‘Camp Himalayas’, a program to train more than 400 young social leaders, who embarked on a journey of community service by executing multiple tasks of social development, inclusivity and nation-building in their local districts. In total, nine wilderness-based outdoor leadership camps were conducted in Kaghan valley and Margalla hills following which these youth volunteers delivered a total of 372 peacebuilding seminars and 75 peacebuilding projects in their own communities, with a total impact count of 23,488 community members engaged. These projects were largely delivered in the remote areas of Balochistan, South Punjab, Khyber Pakhtunkhwa, Gilgit-Baltistan, as well as in lower income localities of Karachi.

Speakers at the ceremony lauded their efforts of giving back to the society and underscored the importance of voluntarism among our youth through multiple community welfare initiatives. They lauded the efforts of the young individuals, who chose to bring about social change and development by projecting the values of unity, respect, diversity and tolerance.

The speakers also stressed the need of more such platforms, that pave the energies of our youth into the right direction by providing them a constructive and productive programme design for larger benefit of society.

Abdul Samad Khan – CEO and Founder of Youth Impact, having transformed more than 26000 individuals through various programmes – pledged to gear up for the bigger challenges with an objective of training more than 1.2 million youth in the next ten years.

The event also marked the 10th anniversary of “Markhor”, along with launching its 10th edition. Where young individuals would undergo the largest wilderness-based annual youth leadership moot of Pakistan, near khanpur, starting from November 30th and concluding on Dec 04, 2022. It aims to develop interpersonal and social skills in youth through extensive experiential learning.  The programme attracts not only national but also international applicants, who join this venture to equip themselves with real life skills. A total of 714 individuals have so far benefited from this programme.