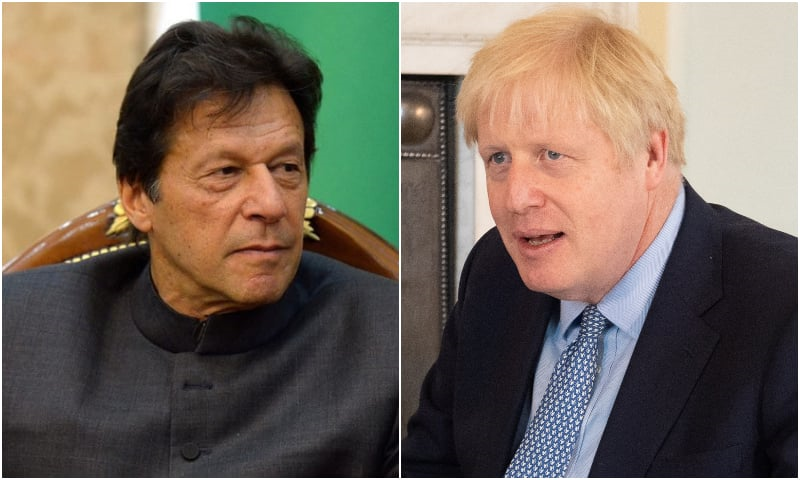 Prime Minister Imran Khan expressed the hope that Pakistan and the UK would be able to forge an even stronger partnership going forward, particularly in the domains of trade and investments. The two leaders agreed on the importance of high level exchanges between the two countries.

On Afghanistan, Prime Minister Imran Khan reiterated Pakistan’s support for an Afghan-led and Afghan-owned peace and reconciliation process. The Prime Minister reiterated his longstanding stance that there was no military solution to the conflict in Afghanistan and that a negotiated political solution was the only way forward. Underscoring the importance of a responsible withdrawal, the Prime Minister apprised his British counterpart of Pakistan’s on-going efforts to support the Afghan peace process, as part of a shared responsibility.

Prime Minister Imran Khan apprised Prime Minister Boris Johnson of the progress made by Pakistan to strengthen its AML/CFT framework. He urged that the members of the FATF should recognize Pakistan’s achievements in complying with FATF benchmarks.

The two sides agreed to continue to work together to further strengthen relations and advance the common objective of regional and global peace and stability.