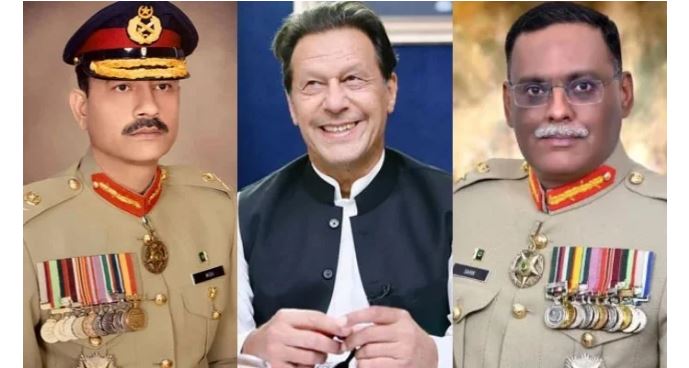 Former army chief General Qamar Javed Bajwa handed over the command of the Pakistan Army to his successor Gen Munir in a change of command ceremony on Tuesday, while Gen Mirza took charge as the CJCSC on Sunday.

“We hope the new military leadership will work to end the prevailing trust deficit that has built up in the last eight months, between the nation and the state. Strength of the state is derived from its people,” the former premier wrote.  He also shared a quote of Quaid-e-Azam Muhammad Ali Jinnah regarding the role and “duty” of armed forces.

“Do not forget that the armed forces are the servants of the people and you do not make national policy; it is we, the civilians, who decide these issues and it is your duty to carry out these tasks with which you are entrusted,” the quote written in an image tweeted by Khan read.

However, the development came after great speculations as Alvi departed to Lahore to hold a meeting with Khan on the key appointments before finally approving them.

All eyes were on the meeting as the PTI chief had said that he and President Alvi would play “legally and constitutionally” on the matter.