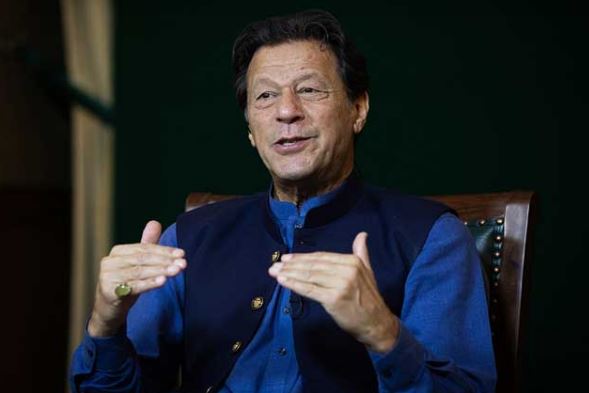 LAHORE – Former Prime Minister and Pakistan Tehreek-e-Insaf (PTI) supremo Imran Khan said on Monday that security agencies will have to probe who was responsible for audio leaks emanating from the Prime Minister’s Office (PMO).

In an interview with a private channel, the former PM said that the original copy of the cypher is still in the Ministry of Foreign Affairs, adding that the incumbent government is lying over the cypher’s disappearance. Upon the directive of Donald Lu, Shehbaz Sharif was ready to out his government, Imran added.

“The secrets of the state have been leaked to our enemies. There has been a violation of the security line of the Prime Minister’s Office. The security agencies must be questioned about who is responsible for this,” he said.

“Our intelligence agencies should think about what they are engaging themselves in. They are making people feel threatened,” he said, telling them that “political engineering” was not in their job description and that they were tasked to keep the country safe.

The former prime minister also recalled that his residence’s security line was also breached and the conversation of his wife, Bushra Begum, was leaked as well — where she could be heard speaking to PTI leader Arslan Khalid.

Commenting on Ishaq Dar’s return, the PTI chairman said that Dar ran away from the country after leaving the biggest loss, adding that he used to manipulate the data, now he will again manipulate the numbers but it will not happen this time. “They have no way to stabilize the economy, they will take more loans but now the country will not even have the power to repay the loans,” he added.

Regarding the PTI long march, Imran said that “the biggest exodus of people in the history of Pakistan is about to come out, and I have kept my plan for the long march a secret because our phones are being tapped, It seems like I am a traitor.”

He said that transparency is impossible in the presence of this election commissioner who seems to be a ‘jiyala’ of the PML-N. “The historic gathering of Pakistan will be held on the long march,” he added.