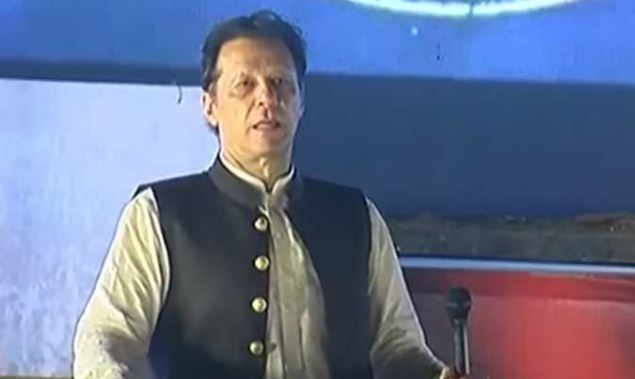 BAHAWALPUR – Former Prime Minister and Pakistan Tehreek-e-Insaf (PTI) chief Imran Khan hinted on Saturday at another long march to Islamabad if the coalition government continues to use negative tactics against his political party.

Addressing a public rally in Bahawalpur, the former PM said the country is destroyed when the president, prime minister, and ministers commit corruption, Zardari and Sharif stole the country’s money and took it out. “I am preparing you for real freedom. We all have to free the country from these thieves. A revolution like Imam Khomeini’s or a revolution brought through elections is two ways of change in the country. The most terrible disease in the country is Zardari,” Imran said.

The PTI chairman added that debts are increasing and they are leading the country to darkness, adding that general elections are the only way to tackle economic, political instability. This group of thieves is taking the country into the swamp.

“We collected 5.5 billion in three and a half hours of the telethon. If overseas Pakistanis invest in the country, then there will be no need to extend our hands to the IMF. We have to fix the justice system in the country,” Imran said.

“Pakistani nation is standing with me from Karachi to Gilgit-Baltistan, I am going to Sindh. The people there are also with me to defeat the Zardari mafia. I am not doing any act which will cause any harm to the country,” the former PM added.