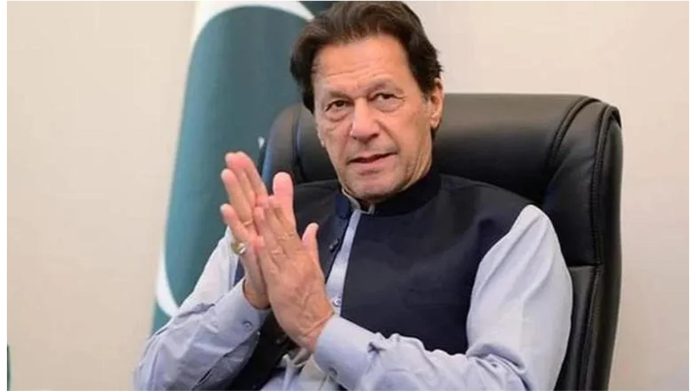 Says only PTI, Pak army can keep Pakistan together

ISLAMABAD: /DNA/ – Pakistan Tehreek-e-Insaf (PTI) Chairman and former prime minister Imran Khan called on all party organisations to be prepared as he would be giving a date for the second phase of ‘Haqeeqi Azadi’ within the next few days after getting clearance from the Supreme Court.“I am asking you to remain prepared, as it will be the biggest protest in the history of Pakistan,” he said while addressing PTI’s national council meeting here on Wednesday.Imran added that the party was first consulting with its lawyers, as it is our right because I do not think of this as politics, I think of it as jihad for the country.He highlighted that during its entire tenure, the PTI cumulatively raised petrol and diesel prices by Rs55 and Rs50 per litre, respectively, while, the imported government increased petrol and diesel prices by Rs60, besides jacking up gas and power prices.Imran Khan said, Bilawal did a long march towards Islamabad when Rs4 per litre was increased by his government but where is he now when the fuel prices have been jacked up by Rs60 per litre in less than two month time?
Earlier, Imran Khan was elected PTI chairman unopposed for the fourth time, Shah Mehmood Qureshi elected Vice Chairman and Asad Umar Central Secretary General in the intra-party elections on Wednesday.
Imran Khan said that during PTI government, they were making hue and cry about the inflation but now they skyrocketed the prices all commodities, which was enough to prove that price hike was not the reason behind de-seating PTI government. But, he stated they had different objective because the present rulers were only interested in eradicating corruption cases against them and had nothing to do with the public welfare. Talking about a deal with Russia for purchasing cheap oil, PTI Chairman revealed that PTI government had initiated sign an agreement for supplying cheap oil; however, tabling of the no-confidence motion by the opposition get the process slow downed.He said that the incumbent government should have pursued the negation forward to ensure purchase of cheap oil in order to provide some breathing space to the inflation-ridden masses but they did not do that because they had no courage to take any step without the permission of the US. He said that the reason was simple as billions of dollars of the head of the two parties Nawaz Sharif and Asif Ali Zardari were stashed abroad that was the reason they did not afford annoying the world powers, fearing to lose the looted national wealth.PTI Chairman went on to say that the foreign forces imposed the imported government on the nation because they never wanted to see a strong and prosperous Pakistan.Talking about intra-party elections, Imran Khan stated that he wanted to make PTI as an institution and the intra-party elections mechanism would further be improved. He said that the PTI was the only federal party as Pakistan People’s Party (PPP) and Pakistan Muslim League-N (PML-N) were confined to interior Sindh and central Punjab respectively because democracy was based on meritocracy, not on imperialism. Pakistan’s history showed the country was ruled by dictators and then by two families, he added.Imran Khan made it clear that only PTI and army could keep the country together that was the reason the enemy forces wanted to weaken the party and the army. PTI Chairman alleged that efforts were underway to ensure the success of the present rulers in the upcoming general elections, as the government was allegedly doing delimitations to benefit themselves.Imran Khan said Pakistan was facing worst load shedding, shortage of irrigation water and worst inflation in its history but the ruling parties were interested to end their corruption cases.Regarding the participation of women in the real independence march, Imran Khan said that Punjab Assembly member Asiya had a great performance, all the women face police brutalities and shelling courageously, as they even not spare women and children.