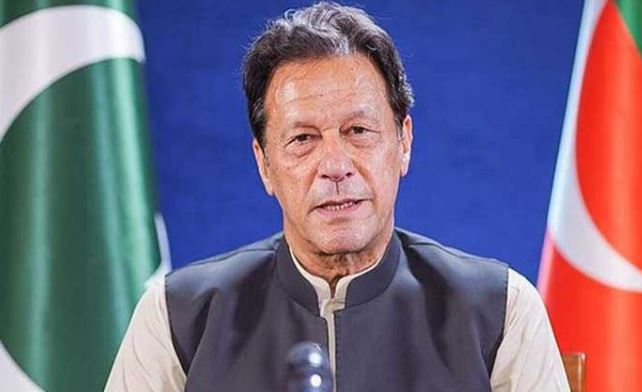 ISLAMABAD – Former Prime Minister and Pakistan Tehreek-e-Insaf (PTI) supremo Imran Khan on Saturday set a condition to return to the National Assembly, saying that his party may rejoin the lower house of parliament if diplomatic cypher on “regime change conspiracy” was investigated properly.

Speaking to the “Economic Beat” reporter, the former prime minister said that PTI had good relations with the establishment, adding that the establishment is a reality in Pakistan and has all the powers.

The PTI chief further said that he wants relations with everyone in the region in the national interest, but there can be no foreign policy of New Delhi’s superiority and recognition of Israel, adding that Indian Prime Minister Narendra Modi intends to break Pakistan.

“I want relations with the US under national interests,” he added.

Regarding Prime Minister Shehbaz Sharif’s address at the 77th session of the United Nations General Assembly (UNGA), Imran said Shehbaz’s was an announcement of the country’s bankruptcy, adding that he and Miftah Ismail had sunk the country’s ship.

“Ishaq Dar is ready to return home as soon as the NAB case against him is over. Later, Nawaz Sharif will also return to the country,” the former premier said, adding that he won’t repeat the past mistakes that he made during his first stint at power if he returned to the power corridors again.