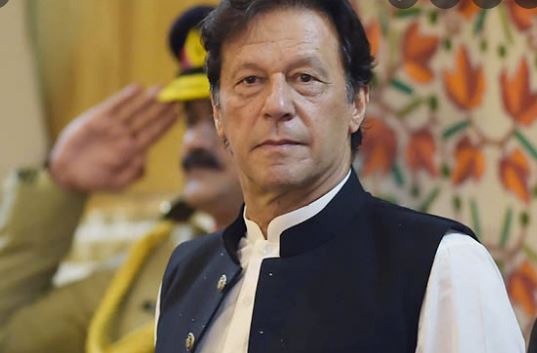 In his latest Tweet on Saturday, he said that he would do an
international telethon to raise funds for the flood on Monday night.

The former PM said that Imran Tigers will be activated to volunteer for
relief work.

Imran Khan went on to say that a committee under Sania Nishtar will be
set up to identify and coordinate funds allocation based on needs.

“Let me make clear that our movement for Haqeeqi Azadi will continue
alongside our flood relief work,” he added.

It is pertinent to mention here that heavy rains have triggered flash
floods and wreaked havoc across much of Pakistan since mid-June, leaving
more than 1000 dead and about millions homeless.

Hundreds of thousands whose homes were swept away now live in tents,
miles away from their inundated villages and towns, after being rescued
by soldiers, local disaster workers and volunteers. In addition, almost
710,000 livestock are lost, and thousands of kilometres of roads and
bridges destroyed. The floods are causing an earthquake-like
destruction.

Pakistan government has declared devastating floods a “national
emergency” as monsoon rains continue to lash the South Asian nation.
More than 100 districts across four provinces have been hit by the
floods, with Balochistan’s capital Quetta isolated from the rest of the
country as many highways and bridges have been swept away by the deluge.
More than half of the casualties are from Balochistan and southern Sindh
province where 234 and 306 people died respectively amid record rains
that have affected half a million houses across the country.

In Sindh province alone, the floods have killed more than 300 people.
Along the narrow streets, people use whatever patch of dry ground is
still available to pitch tents, as more rain is expected.

In Khyber Pakhtunkhwa province, where nearly 200 people have been
killed, rescue efforts were in full swing, particularly in the worst-hit
areas of Swat and Dir. According to the NDMA forecast, parts of Punjab
and Khyber Pakhtunkhwa might face “very high to an exceptionally high
level of flooding” in the next few days. Balochistan also faces the
threat of more flash flooding.

On Friday, Prime Minister Shehbaz Sharif said 33 million people had been
hit by the floods – around 15% of the population. The country has
appealed for more international aid, and Mr Sharif has held a meeting
with foreign ambassadors in Islamabad. He said the losses caused by
floods this season were comparable to those during the floods of
2010-11.

The federal government will provide a grant of Rs 15 billion to the
Sindh government to overcome the heavy losses of lives and
infrastructure in the wake of the massive destruction caused by flash
floods, Prime Minister Shehbaz Sharif announced.

The prime minister said the grant by the federal government would help
the Sindh government carry out relief and rehabilitation activities. He
said the coalition government would make collective efforts to alleviate
the sufferings of the flood victims, adding that it would leave no stone
unturned to facilitate the people who faced unprecedented loss in the
wake of floods.