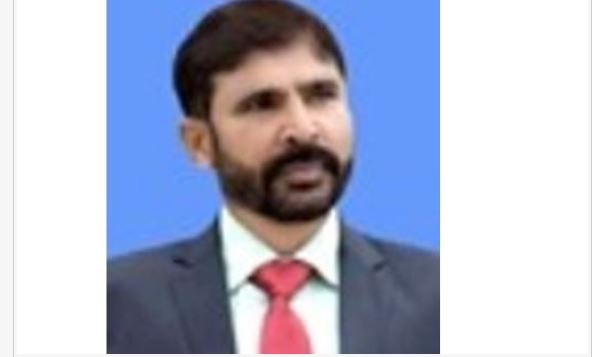 Prime Minister of Pakistan Imran Kahn is the second leader after Russian President Putin who traveled to Beijing and attended the Winter Olympic Games. The visit expressed support to China against sports politicization and diplomatic boycott led by the United States. Despite the diplomatic boycott of the officials, the athletes of the Western countries are ready to participate in the games. Almost 3,000 athletes from 90 countries and regions were participating in the Olympic Games.

During the visit PM Imran Khan met with Chinese leaders to cement a traditionally close relationship between the two countries. The several key ministers were accompanied Khan on the four-day trip to Beijing, where they discussed with their counter parts and other officials and businessmen. PM Imran met President Xi Jinping and Prime Minister Li Keqiang and focused on “stronger” economic and commercial cooperation, including the China-Pakistan Economic Corridor. PM Khan’s discussion with Chinese leadership on future cooperation in the fields of commerce and investment, and technology will strengthen the bilateral trade. The exports from Pakistan to China may increase 69 percent by 2021 to $ 3.58 billion. The increasing volume of trade and investment with Beijing will improve economic stability in Pakistan.

China already has invested billions of dollars in infrastructure projects in Pakistan under CPEC, which is acclaimed as a flagship of the Global Beijing Initiative and the Vital Initiative, which builds roads, power stations, and other infrastructure projects in Pakistan. Other Asian and African nations are aimed to link with Arab water sea port Gwadar and the Xinjiang a Western Border Region of China.

Khan’s visit came at a time when the historically relationship of his country with the United States has become tense and Islamabad is also facing the diplomatic challenges to maintain a balance between Beijing and Washington. The Pakistani Prime Minister has repeatedly declared that, instead of siding with the so-called “Cold-war like “blocks”, Pakistan would like to remain neutral and will play significant role to escalate tensions China and United States. The dynamics of geopolitics have generated new alignments in the region particularly post US withdrawal from Afghanistan. The fight against terrorism and the military invasion of the United States in Afghanistan witnessed stability in the in Islamabad- Washington relationship. Islamabad provided terrestrial and air routes to US forces to maintain their fight against Taliban and international terrorists. But the withdrawal of foreign forces has aimed at the United States last August and the return of the Taliban to power in Afghanistan has worried to United States policy makers. The alleged that the covert support of the Pakistani army allowed the Islamist group to seize power in Kabul but Islamabad denied these charges.

Now the US president Joe Biden and his administration seem to have degraded their ties with Pakistan and President Biden is avoiding of direct contact with Imran Khan since taking over the office. The bilateral tension between Islamabad and Washington is driving Islamabad towards Beijing in the terms of dialogues and meeting for economic and defense requirements. Recently The US officials discard that the relationship between Pakistan and United States are facing any challenges. Pakistan has received the main donations of US vaccines almost 43 million doses of Covid-19. According to Ned Price a spokesperson of the States department, “Pakistan is a strategic partner of the United States. We have an important relationship with Islamabad, and we value across a number of fronts”. The price also dismissed reports that Washington is pressing Islamabad to choose between the United States and China. The critics in Washington has been criticizing that China’s Belt and Road initiative, including CPEC is a “debt trap” for developing countries, including Pakistan. Islamabad and Beijing rejected criticism and have been declaring CPEC projects will finish Pakistani power crisis and will also deliver sustainable economic growth in the country.

Historically, Pakistan and China remained close, but the recent new cold war and changing geopolitical realities in the region have pulled the both countries closer. CPEC has made significant progress on the ground. The development of energy and infrastructure was the priority in the first phase, but at the present the CPEC has entered in second phase, which is critical for industrialization in Pakistan and connectivity between China, Pakistan and the rest of the world.