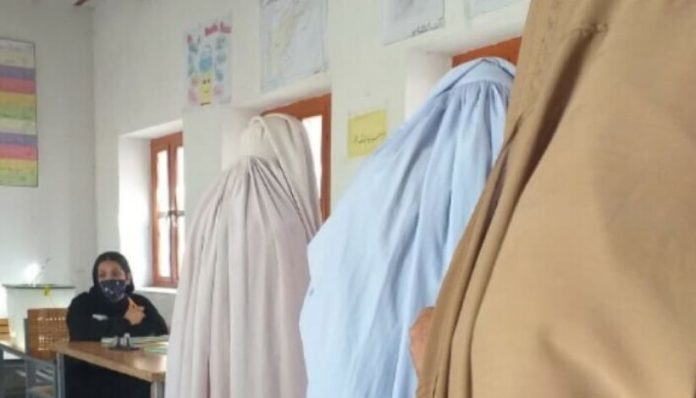 ISLAMABAD, OCT 30: The PTI was in the lead as per unofficial results after polling concluded for the by-election in Kurram’s NA-45 constituency on Sunday.

According to unofficial results so far, PTI chief Imran Khan — who was among a total of 16 candidates for the by-election — was in the lead with 7,094 votes, Jamaat-i-Islami Pakistan’s (JIP) Jamil Khan trailed with 3,827 votes while independent candidate Saif Ullah Khan was 3rd with 213 votes.

Voting in the constituency, which began at 8am in the morning today and ended at 5pm, was largely peaceful.

Earlier in the day, PTI leader Taimur Khan Jhagra shared a video on Twitter showing a huge turnout of voters in the area.

“Unbelievable! Kurram, a remote district that should be detached from the country’s politics. Fascinating, how young these faces are,” he said. In a tweet, the Election Commission of Pakistan (ECP) said that a large number of women came out to vote for their candidates.

The electoral body said that it had also established a control room to monitor the polls and the results. The ECP tweeted that “violence and interference” would not be tolerated, adding that swift action will be taken against those violating the law.

The ECP also tweeted a video of its by-election control room, in which officials could be seen seated as televisions ran in the background.

Although there are 16 candidates contesting the NA-45 seat, the main fight is expected between Imran and a candidate jointly fielded by the Pakistan Democratic Movement member parties, Jamiat Ulema-Islam-Fazl leader Jamil Khan.

NA-45 Kurram was one of the four National Assembly constituencies in Khyber Pakhtunkhwa, where polling for by-elections were scheduled to be held on Oct 16, but the ECP first postponed it and later fixed it for Oct 30.

In the other three constituencies of NA-22 Mardan, NA-24 Charsadda and NA-31 Peshawar, former prime minister and chief of Pakistan Tehreek-i-Insaf Imran Khan had emerged successful.