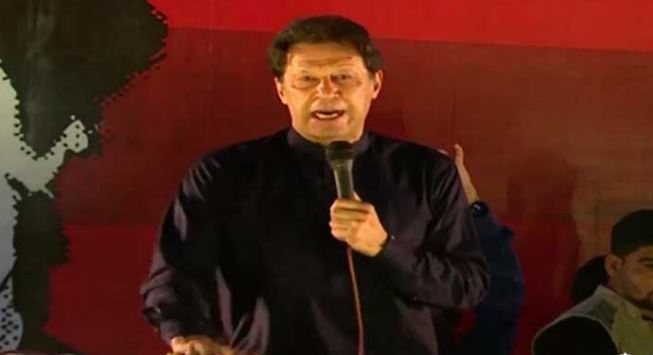 JHELUM – Pakistan Tehreek-e-Insaf (PTI) supremo and former Prime Minister Imran Khan on Saturday said that the incumbent government should talk to the International Monetary Fund (IMF) for relief because floods have wreaked havoc across the country.

Addressing a PTI rally in Jhelum, the former PM said due to floods, people are suffering in Baluchistan, Sindh and Punjab, adding that we all have to face this test together, as we faced in the 2010 floods, while Tiger force will go to the affected areas and help the governments. A telethon will be held on Monday to raise donations for flood-hit people, he added.

While reacting to the government’s allegations to jeopardise the IMF deal, Imran Khan said, “Miftah Ismail is saying that we want to make the IMF programme fail. For two months, Taimur Jhagra has been calling them for a meeting. The government should talk to the IMF for relief because floods have wreaked havoc across the country.”

“There is a campaign going on against us in newspapers. A media house always protects the money of thieves, while I have been fighting for real freedom against those who looted the country for 30 years, I am fighting for the supremacy of law in the country. “Our struggle will continue even in the face of floods and wars; our struggle will continue until we achieve true freedom,” the PTI chairman added.

Continuing his speech, Imran Khan said that the band of thieves should open their ears and listen. The struggle will continue till freedom from thieves, he added. He will help the flood victims in every possible way, but will not leave the thieves .