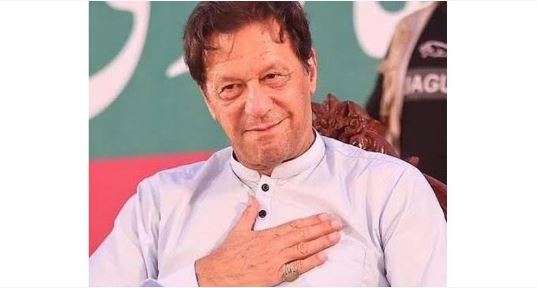 Asks them to get ready for long march

ISLAMABAD, OCT 21 /DNA/ = Reacting to the Election Commission of Pakistan’s verdict to disqualify him in the Toshakhana reference, PTI Chairman and former prime minister Imran Khan Friday said he will challenge the decision.

“I already knew about the disqualification,” he said while alleging the Chief Election Commissioner Sikandar Sultan Raja of being “biased.”

In a pre-recorded message, the former premier claimed that the CEC was the coalition government’s man.

“The nation should be prepared. I will give you a call anytime,” Khan told PTI supporters.

The former premier also directed his workers to stop protesting and focus on the upcoming long march.

The PTI chief’s address comes after he was disqualified by the ECP in the Toshakhana case against him in which he has been accused of stealing gifts given to the government of Pakistan and selling them off in the name of charity.=DNA