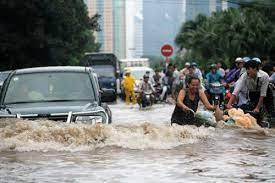 Taking the floor of the Senate, she said at a time when the country was facing natural calamities, the political parties instead of doing politics should come forward and share grief of flood victims.

She said in democratic society peaceful protest was the right of every citizen, but the law should not be taken into hands.

The PTI always demonstrated non-democratic attitude towards the leadership of Pakistan Muslim League Nawaz (PML-N) and Pakistan Peoples Party (PPP). “Our leaders had faced exile, but never uttered a single word against the state institutions, as PPP believes in the politics of principles,” she maintained.

She said Imran Khan’s double standard has exposed to the nation as his party had hired a firm in the US to improve its image in the United States.

The PTI chief and his party have been running a systematic campaign on the narrative that the US backed “local abettors” toppled his government through a conspiracy, and installed an administration of its choice, she added. “Now he [Imran] was lobbying to win US trust for his party in Pakistan,” she remarked.

Commenting on the off air of a private channel, she said fair trial was right of everyone but legitimate rights should not be compromised, adding that Journalist’s issues should be resolved on priority whether it was related to wage or others.