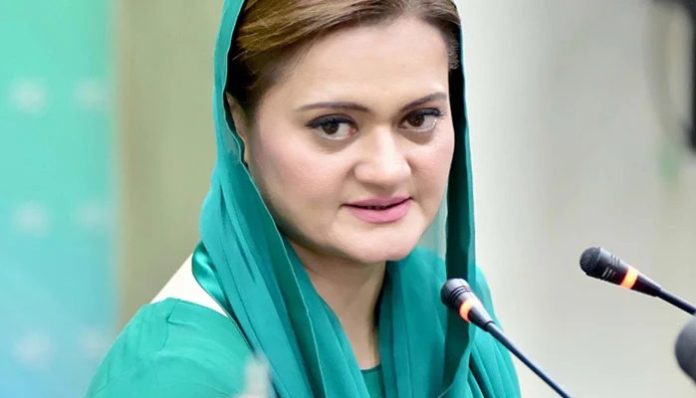 ISLAMABAD, Terming PTI Chairman Imran Khan’s tenure as prime minister as a dark chapter for media in Pakistan, Minister for Information and Broadcasting Marriyum Aurangzeb said on Thursday that the media organizations and journalists should recall the anti-media track record of the PTI regime before attending his media seminar.

In a statement and then addressing a press conference she said  that  the enemy of media (Imran Khan) who was what she called “economic murderer” of  the media should feel ashamed on conducting the media seminar.

Imran Khan indulged in media enmity while sitting in the Prime Minister’s chair.She said that  Imran Khan was a liar, corrupt, foreign agent, media enemy and a hypocrite and the media had to decide whether to attend the seminar of a person who used the National Accountability Bureau as a tool to suppress media freedom.

“The media has to decide whether or not to attend  the media seminar of the founder of Pakistan Media Regulatory Authority, which was established by the previous government to control the media.

She urged Imran to stop the farce of the media seminar as during his four years rule the media’s voice was muzzled and Mir Shakeel-ur-Rehman was arrested by NAB to weaken the national media. “PFUJ, CPNE and PBA will have to decide whether to attend  the “media weakening seminar”, he media has to decide whether to go to the media seminar of the persons who strangulated  journalism, during whose tenure firing was done on  journalists, the one who  imposed unprecedented restrictions on media.

The minister said that the media will have to decide whether to participate in the seminar of the person  who had been given the title of “media predator by international organizations”.

The media will have to decide whether to believe the specter of their freedom and job-snapping seminar or not.                CPNE’s 2020 report, International Media Watch and Reporters Without Borders (RSF) 2021 reports were testimony to Imran Khan’s media hostility, Maryam Aurangzeb said.

She pointed out that  International Media Watch had called Imran Khan a fascist and in four years of  Imran Khan rule, the ribs of journalists were broken, they were kidnapped, the freedom of the media was crushed and  the parliament was locked.

She said that Imran Khan who controlled media through NAB also made media workers jobless.  The media has to decide whether to attend  the seminar of the person who had snatched the pen from the journalists, ordered the removal of anchor persons from the screen, she maintained.