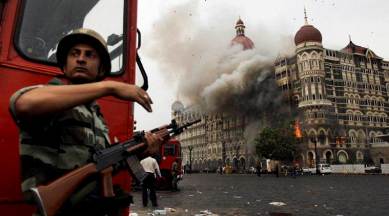 UNITED NATIONS, Sep 01 (APP):Pakistan Wednesday told a UN Security Council Arria-Formula meeting that India was “actively” sponsoring terrorism against it, but warned that Islamabad would continue to counter those terrorist threats effectively.

Speaking in a debate on ‘Threats to International Peace and Security caused by Transnational Activities of Terrorist Groups’, Pakistani delegate Muhammad Jawad Ajmal said that the “country concerned” — without naming India — had also politicized all international forums at the multilateral level to carry out a “venomous and malicious campaign” against its adversaries.

The Council’s Arria-Formula meeting was convened by the United Arab Emirates (UAE) and Kenya. The format is named after a former Venezuelan Ambassador to the UN, Diego Arriva. It is a consultation process which affords members of the Security Council the opportunity to hear persons in an informal setting.

Pakistan, he said, was one of the biggest victims of terrorism, having sacrificed more than 80,000 lives and sustained enormous damage to fight and defeat the scourge.

“Let there be no doubt that we will continue to effectively counter these attempts as we have done in the past,” Ajmal, a first secretary at the Pakistan Mission to the UN, told the meeting.

He said the “same country”  had no regard for human life, suffering and fundamental freedoms.

“With its 900,000 troops stationed in the largest prisons of the world, terrorizing innocent women and children, vulnerable people in the illegally occupied territories of Jammu and Kashmir this august gathering should have no doubt about this country’s ill-will, propaganda machinery and hate inspired ideology that poses a threat to my country and the region,” the Pakistani delegate added.

Pakistan, he added, will continue to work closely with the international community to address the global threats arising out of terrorism and transnational activities.

“We must carry out the necessary reform in the existing global counter-terrorism architecture for enhancing its effectiveness by encompassing the entire array of individuals and entities involved in terrorist activity.”