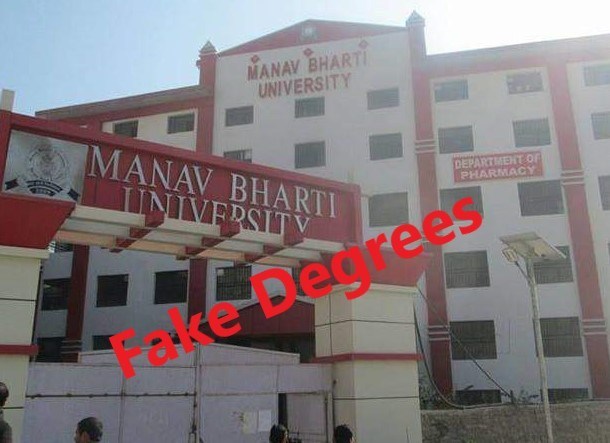 ISLAMABAD: The Manav Bharti University, located in the Indian state of Himachal Pradesh, has sold around 36,000 fake degrees across 17 states during over 11 years, hitting a blow to Indian repute internationally.

Many of the graduates of the said university are currently working in Canada, United Kingdom, United States of America and Singapore.

The scam will be a blow to the Indian reputation worldwide and the credibility of Modi government as, according to The Linkedin, a popular social media site of working professionals, the numbers of graduates of Manav Bharti University are working in several countries like Singapore, Canada, UK and USA”.

The university is run by the Manav Bharti Charitale Trust which also raises question about the status of other trust-run universities whether they are also involved in selling fake degrees.

The Time of India said in a report that out of a total 41,000 degrees issued by the said university, only 5,000 were found to be genuine so far.”

The Tehelka.com said, “The scale of the scam in Himachal Pradesh is shocking beyond words. Only 14 of the 55 hard disks seized from Solan’s Manav Bharti University have been scanned so far by a special investigation team.”

This scam raises serious questions about the authenticity of other Indian universities’ degrees too. There are many areas where Indians stood exposed badly i.e fake claims in domains of military, Human Rights, media, diplomacy, news and now education.

It was normally perceived that Indian education system is advanced and produces intellectual labor for the world, however, this scam has dented that perception. It also reflects a fault line which exposes weak internal mechanism and triggers element of non-authenticity.