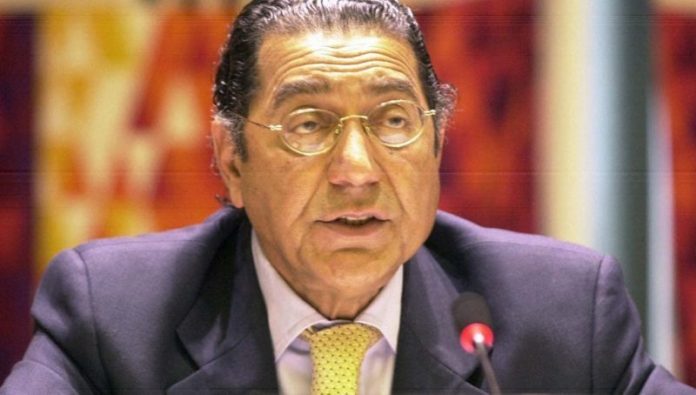 UNITED NATIONS, (DNA): Delegates of India and Pakistan got into a fresh verbal duel in the UN General Assembly on Thursday, after Pakistani Ambassador Munir Akram exposed New Delhi’s human rights abuses in the occupied Kashmir as well as the design of the BJP-RSS extremists against Pakistan.

Exercising his right of reply, Pakistan’s delegate Jawad Ali rejected India’s claim that Jammu and Kashmir was its part.

“As far as Jammu and Kashmir is concerned, India has no other claim than that of an occupier,” the Pakistani delegate said in his hard-hitting reply.

“Like all occupiers and colonizers of the past, India wants to physically, politically and psychologically crush the indigenous Kashmiri struggle.

“Today’s India has become a nightmare for its minorities,” Jawad Ali said. “Its current leadership has sacrificed every trapping of secularism.”

“From orchestrated pogroms against Muslims in Gujrat and Delhi to discriminatory citizenship laws, from demolishing Muslims shrines and monuments to erasing centuries of history of Muslim rule, from outlawing interfaith marriages to blaming Muslims for the spread of coronavirus, India’s human rights record is replete with gross and systematic violations of rights of minorities,” the Pakistani delegate said.

“Today’s India is a quintessential majoritarian state. Subservient state institutions, compliant judiciary and a complicit media ensures that the ugly truth about India’s crimes against its own people, and those it illegally occupies, are conveniently shrouded.”

He said it was ironic that a country that continued to flaunt its so-called vaccine diplomacy abroad, had turned hospitals in the occupied Jammu and Kashmir into graveyards, choking essential medical supplies, let alone the Covid vaccine.

“At the same time,” he said, “it continues to plan, support and finance its proxies – like UN listed Tehrik-i-Taliban Pakistan (TTP) and Jamaat-ul-Ahrar (JuA) – to carry out subversive and terrorist activities against Pakistan.”

“India can try as much as it wants, but it will never be able frustrate the struggle for self-determination and prevent the Kashmiri people to determine their own destiny,” Jawad Ali said.

“No matter how long and difficult the struggle for freedom is, it is always crowned with success. If history is any guide, we have no doubt, that the brave people of Kashmir will prevail against the dark night of occupation.”