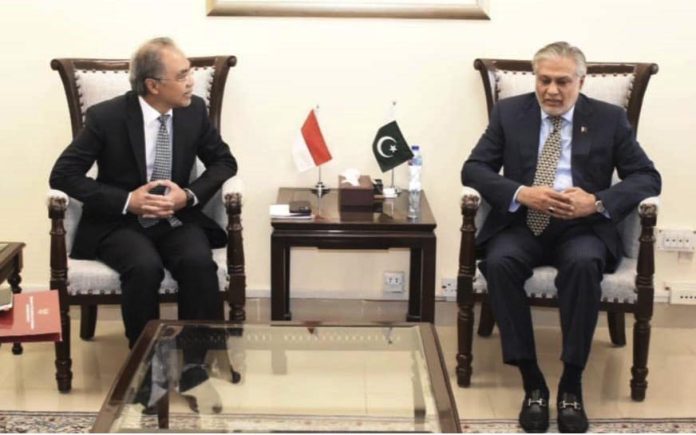 During a call on meeting with Finance Minister, Senator Mohammad Ishaq Dar, the ambassador appreciated Pakistan government for supporting joint venture projects between the two countries.

He shared that Pakistan attaches great importance to its relations with Indonesia and expressed satisfaction over the magnitude of economic and trade and investment cooperation and showed desire his government to further deepen the trade and economic partnership between the two countries.

Dar extended sympathy over loss of lives in recent earthquake disasters in Indonesia, the statement added. He also appreciated the flood relief support of Indonesian government to flood affectees in Pakistan and said that the humanitarian support reflected the spirit of friendship and mutual cooperation. = DNA