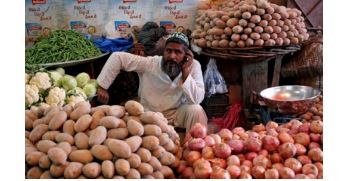 ISLAMABAD: Inflation, as measured by the Consumer Price Index (CPI), rose to 21.32 per cent in June, the highest in over 13 years, data shared by the Pakistan Bureau of Statistics (PBS) revealed on Friday.

According to the PBS, inflation increased by 19.84pc in urban areas and 23.55pc in rural areas.

Multiple sectors witnessed double-digit inflation but the trend was driven largely by transport, which saw a 62.17pc rise and perishable food items, prices of which increased by 36.34pc.

Other sectors in which inflation was measured in the double digits are:

Education and communication were the only two sectors where inflation was in the single digits at 9.46pc and 1.96pc, respectively.