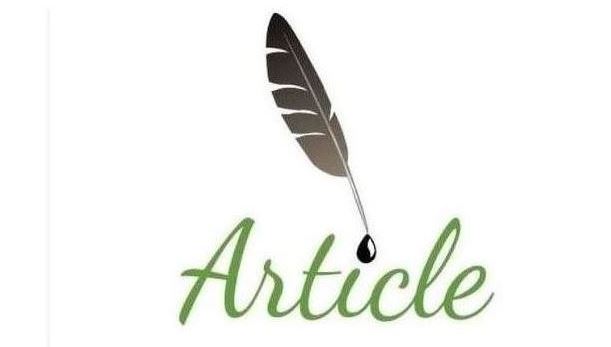 I was shaken by the words of Dr. Amjad Saqib, founder of Akhuwat, in a program a couple of months back in Nathia Galiasking all participants of the session, “If anyone of you has ever attended the funeral of an intersex”. None of the participants confirmed attending any such funeral which he called as lack of our collective sensitivity towards this segment of society.

It also suggests that none of you have any friend from intersex, he added. He then explained his endeavors to empower people who are intersex. Human society has evolved significantly in every aspect of life. Several fundamental societal values a few decades ago have changed across the globe. Besides innumerable advantages of the technology, despite safety measures, many aspects of our lives have become evident to early childhood, due to convenient access to the information, which were understandable only in the adulthood even in the near past.

It is indeed a challenge for entire humanity to ensure judicious utilization of massive information available at a click now on the devices in our palms. Movements for human liberty, liberalization, rights and empowerment have led to a unique challenge for the humankind through eliminating boundaries which were once served as an attractive pattern of human interactions. Extensive intrusion in others’domains has undermined natural spiritual satisfaction linked with human connections. Our forced interventions under the umbrella of movements for rights and liberty to satisfy psychosomatic gratification of a very few has endangered people with genuine disorder who need to have equal rights to survive in human society.

When we campaign for the rights of people with disabilities why we forget intersexes that carrynatural disorder at their birth as any other disabled person? An artfully coined term of ‘gender identity’ to accommodate self-induced motives has led to deprive those who actually need space for their rights. The term ‘sexual orientation’ represents person’s emotional tendencies to determine for him/her as hetero, bi, homo, pan or asexual. If psychic inclinations are applied to logical extremes then why we don’t respect propensities of serial killers whoagain fulfill their emotional needs, why we don’t allow offenders to maintain their illegalities for their mental satisfaction. We can’t, because we have to shield human society from serious disruptions.

The term ‘transgender’ under the umbrella of human rights has successfully camouflaged self-induced motives of a very few and terribly spoiled rights of intersex by the mafia which prevails in the depth and breadth of the Country to exploit intersex for their vested interests including sexual exploitation and financial gains. This mafia has established a whole structure of adopting people with genital disordersto accommodates, under their cover, people with psychological ailments to misuse both of these clusters.

Why the proponents of human rights have never voiced against handing over of intersex to the guru in their childhood or teenage. According to The Guardian, Nadeem Kashish a leader of Pakistani transgender community has called for an end of the culture of ‘gurus’ who take children with genital disorders. Far from acting as guardian the gurus encourage such youngsters to take up sex work. Nayyab Ali another activist said, “Mostlypersons with biological disorders leave their homes in teenage and start living with the gurus. Adopting such teenagers is like lottery for the guru, because the guru will earn money through him/her either by dancing or by sex work.” We all need to support these voices.

On legislative front senator Mushtaq Ahmad Khan is doing the commendable job to keep the lawmaking with in the ambit of our faith. Our belief system, Islam, is our identity and the foundation of our existence. We naturally can’t accept or permit any regulation which contradicts basic principles of Islamic way of life.

Muh.Bahrul Afif from State Islamic University of Indonesia declared transgenders as ‘perpetrators’ and explained, “A person with ambiguous genitals is called khunsa (intersex) in Islamic jurisprudence (fiqh) which is acceptable with all basic human rights because it is an absolute decree of God. This is different from the transgender phenomenon that is known as mukhannas—itrefers to men that resemble women—andmutarajjilat—it refers to women that resemble men. Mukhannas is considered as illness an abnormality caused by depression. The depression affect their mind and encourage them to keep behaving even to identify themselves as women. It is also the same with mutarajjilat.This behavior is considered as deviation from human nature and God’s provision and therefore strictly forbidden in Islam.” There are several ahadith which prohibit transgenderism. According to a hadith, men who resemble women and women who resemble men are cursed in Islam. Another hadith narrates: “Get them out of your house”. One more hadith suggests, men who dress up women’s clothing and women who dress up men’s clothing are cursed. A hadith says, people who mediating (help) men to resemble women and women to resemble men are cursed.

We need to work on different fronts including protection of intersex rights ensuring their appropriate integration in the society without any discrimination and exploitation. We need to raise awareness that children with genital disorders are like children with any other disability and deserve complete protection, care and due place in the society for suitable progress to realize respectable life. On the other hand we have to raise our voice and support likes of senator Mushtaq Ahmad Khan to expose any plot which aims at distorting social, cultural and most importantly religious fabric of our society.

The writer is the Associate Professor Management Sciences