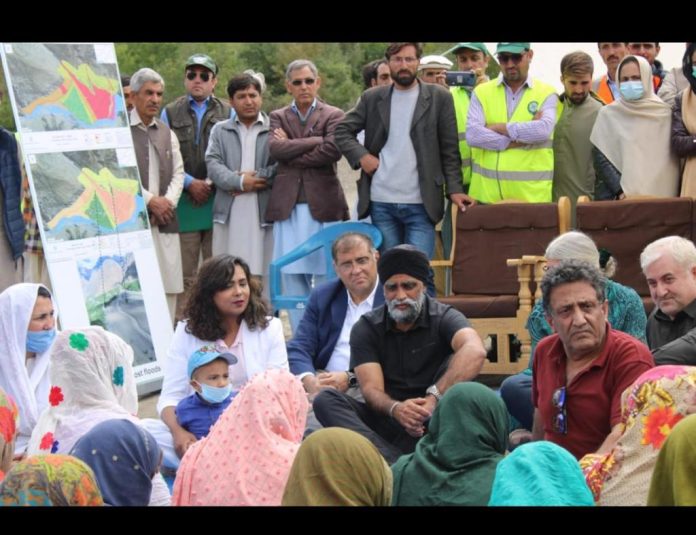 The Aga Khan Agency for Habitat (AKAH), AKDN’s lead response agency for the floods,evacuated over 9000 people from affected areas while more than 4000 families have been provided with food packages since the start of the flooding. Healthcare camps have been set up in several parts of the country by the Aga Khan University and Aga Khan Health Service where over 50,000 patients have been treated in Sindh, Baluchistan, Khyber Pakhtunkhwa and Gilgit-Baltistan.

The Minister also visited Brep, a flood affected village in Chitral. He had discussions around climate change resilience, youth employment and women empowerment and visited areas where the current Global Affairs Canada (GAC) supported programmes of Broadening Economic and Social Transformation for Women’s Economic Empowerment and Recovery (BEST4WEER), Foundations for Health and Empowerment (F4HE) and SehatmandKhandaan (SMK) are being implemented by AKDN agencies. These programmes focus on creating an enabling environment for women’s empowerment and to improve the health and wellbeing, and enhance the equitable development and empowerment, of women, girls, their families, and their communities.

For nearly four decades, AKDN has partnered with the Government of Canadaon numerous initiatives that encompasses rural development programmes, youth employment, education, and women empowerment to improve the quality of lives of vulnerable communities.

There has been a long-standing relationship between Pakistan and Canada. Canada has shown their concern at this critical time and have committed to support the efforts of the Government in the relief activities within the country.